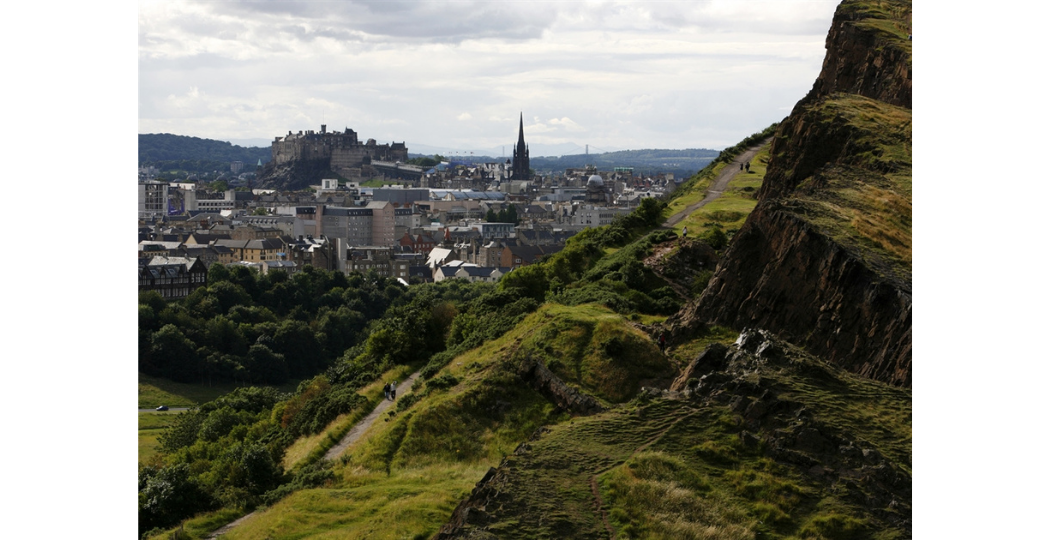 Amanda Block’s debut novel, The Lost Storyteller, has been a runaway hit. The Edinburgh author talks Auld Reekie as inspiration, escapism through fairy tales and searching for the Wizard of Oz

In the author’s words

The Lost Storyteller is about a young woman’s search for her long-absent father, and how she’s guided by the book of fairy tales he left her as a child. It’s an exploration of family, memory and empathy, and above all a celebration of stories; how they connect us, represent us, and how they heal us.

When I was a child, I had a very old fairy tale book with some beautiful black and white illustrations. I’ve no idea where it came from, and I don’t really remember any of the stories it contained, but I can still picture its green, clothbound cover, which I ended up borrowing for the novel’s fairy tale book, Seven Tales.

Not in Kansas anymore

The Wonderful Wizard of Oz was first published in 1900, but to me it always feels older. When I was planning The Lost Storyteller, I realised there were strong parallels between my protagonist’s search for her father and Dorothy’s quest to find the dazzling, impossible wizard, so my novel naturally became a (loose) retelling of L Frank Baum’s classic, and I was able to draw on some of the iconic motifs and imagery within that story – in particular, the Emerald City.

Initially, my protagonist Rebecca is extremely cynical about the fairy tales her father has left her – she thinks they’re childish nonsense – but slowly she starts to appreciate their worth, and recognise that her own life has been missing a bit of magic. The fairy tales offer her the escapism and nostalgia she didn’t realise she needed, and this in particular seems to have resonated with a lot of readers, given the book was published during the pandemic.

Athens of the North

I first came to Edinburgh in 2007 to do a Master’s in Creative Writing, so it was stories that brought me here. And it’s been stories that have kept me here, because I have found Edinburgh endlessly inspiring. Scotland generally has a very strong legacy of storytelling, and its own rich tradition of folk and fairy tales. Magic definitely feels close here – the national animal is a unicorn, after all – so it’s been the perfect place to conjure my own storyteller and create this collection of tales.

I was drawn to the idea of Edinburgh as a city of contrasts. All of my settings in The Lost Storyteller are slightly exaggerated, so I’ve tried to make my version of Edinburgh even more enchanted than the real place. It helps that the novel is set during festival time, when so much of the city dedicates itself to play and pretend. One of the book’s key scenes takes place in the chaos of the Royal Mile during the festival, while another features a quiet, cathartic walk up Arthur’s Seat – both vastly different Edinburgh sights, yet equally iconic.

I’m also deliberately hazy on my locations. I invented a Fringe venue and a traditional old pub – because I wanted my Edinburgh to feel accessible to readers who have never visited, but at the same time slightly unfamiliar to locals who know every street. As a writer, it’s easy to get in a tangle trying to represent a place exactly as it is, when it’s much more fun – and much more in keeping with the spirit of my story – to simply make something up.

The Lost Storyteller by Amanda Block is out now, priced at £14.99