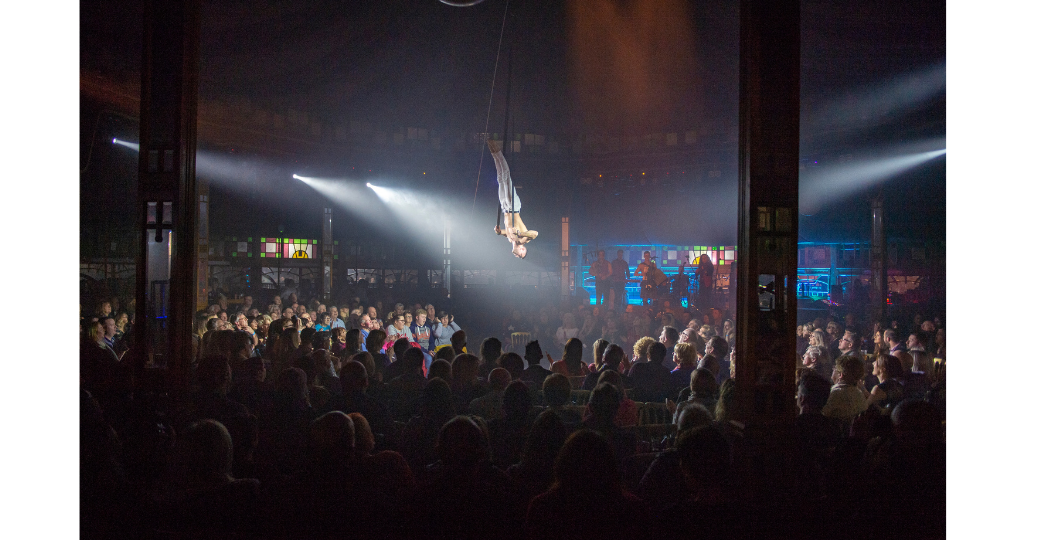 The 11th edition of the world’s biggest Rabbie Burns festival will support the local community and feature a show hosted by Eddi Reader, stars of theatre and comedy and British Bake Off Winner Edd Kimber. The south of Scotland’s largest community platform, Big Burns Supper stretches over three winter weekends, taking place in over 30 different venues from 14th – 30th January.

So what are some of the highlights? If you’ve missed live comedy and want to get your laughter fill before the end of the year, the stand-up programme features Susie McCabe, Christopher McArthur, Basil Brush, Rich Hall, Ray Bradshaw and cabaret cult hit, An Evening Without Kate Bush. Musicians include the Yoruba Woman’s Choir from South Africa, the Brass Funkeys and six-piece musical theatre show, The WestEnders with Jill Nalder, the woman who inspired Russell T. Davies’ critically acclaimed show, It’s A Sin. The festival will close to the Sunday Tribute Sessions featuring tribute acts from across the UK including The Complete Stones Roses, The Small Fakers, Fleetwood Bach, Abba Revival and Rocketman.

The UK’s leading independent showcase of live performance, Vault Festival, will be showcasing a new collaboration of contemporary theatre – including Fringe First winner, Bobby & Amy, set amongst the devastation of the foot and mouth pandemic that hit farming communities in the late nineties and Apphia Campbell, who plays Nina Simone in hit Fringe show, Black is the Colour of My Voice.

Burns Night Live will be back on 25th Jan with the legendary Eddi Reader playing the Spiegeltent in a live show that will be streamed worldwide, with appearances from a variety of special guests. As far as talks and demos go, author of How to Save Your Planet One Object at a Time, Dr Tara Shine will share her views on how we can impact society and our planet positively. Bake Off winner Edd Kimber will give a bakery demonstration in The Boy who Bakes, and members of Lesbians and Gays Support the Miners (LGSM) will give a talk about how they supported miners during the 1980s strikes. Gay rights activist Panti Bliss will also perform her smash hit show, High Heels in Low Places.

Add to that the World Haggis Tossing Championship at the town’s Mill Green, family events including Peppa Pig on Stage and Baby Loves Disco, and Burns cycling and walking tours, and you’ve got yourself one bonanza of a fest.

Tickets are available via www.bigburnssupper.com, in person at the Creative Hub in the Loreburne Shopping Centre or by calling 01387 733717