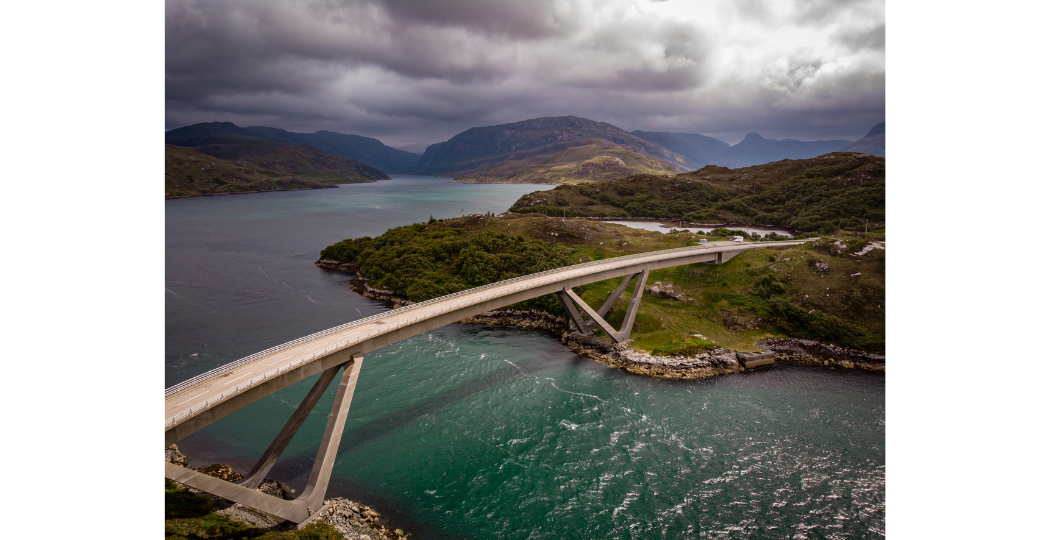 The North Coast 500 takes in 516 miles of Scotland’s breathtaking coastline, with some stunning stop-offs along the route.

Top tip: try driving the route clockwise, as most tourists follow the route in the opposite direction. This means the traffic will be a bit lighter if you go this way, leaving you free to enjoy the scenery, rather than worrying about traffic jams.

Here are some lesser-known but must-see gems to discover en route: 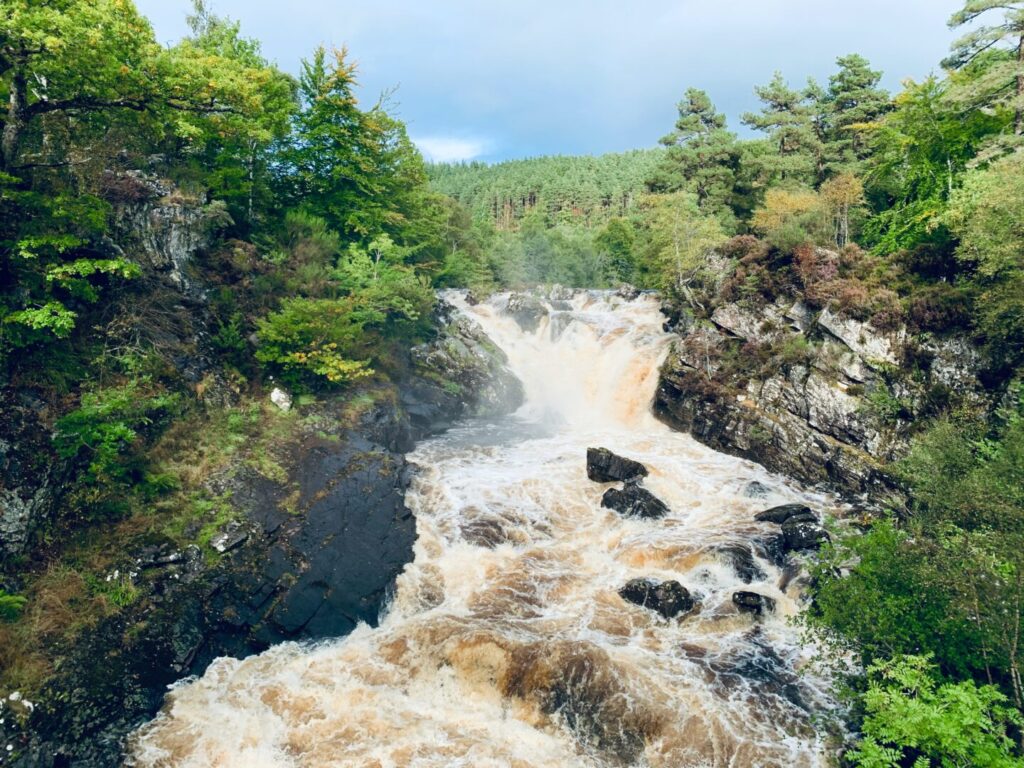 The Wailing Widow Falls is actually located near to the highest waterfall in Scotland (and the UK), Eas a’ Chual Aluinn, but is a hidden gem all of its own. You’ll find it located just north of Ullapool, on the North Coast 500 drive between Betty Hill and Ullapool. Look out for when you pass the Kylesku Bridge, as it’s not far from there.

There are two ways to see the waterfall, one from below, where the water crashes down, and one from the top, where you’ll get more of a bird’s eye view. To find the parking spots, look for Loch na Gainmhich. Both car parks are easily accessible from the road, but they won’t be visible when you’re driving, so it’s best to look them up in advance to avoid losing precious hiking time to navigation.

It’s worth noting that the path to the bottom of Wailing Widow Falls involves stepping over some stones that can be very slippery. While the water isn’t deep or dangerous, this route isn’t suitable for little ones or those anxious about slipping, so if you’re looking for a family road trip, try out the higher route that will lead you over the Highlands to see the waterfall from above.

If you haven’t heard of Sandwood Bay, that’s because it’s one of the most remote beaches in Europe. Though it’s becoming a more popular destination, it’s still relatively unknown, partly thanks to the fact that the only way to access the beach is with a nine-mile walk through the moorland. But, there is also a four-mile walk from the nearest carpark, so you can choose your route.

After the walk, you’ll come to the mile-long sandy beach with the sea stack, Am Buachaille, at one end. The name Sandwood comes from the Norse word ‘Sandvatn’, which means sandy loch, and refers to the land around the bay that draws visitors to this part of Scotland. Not only is the scenery absolutely stunning on this beach, but the lack of light pollution means that the night skies can be seen in all their beauty. On some nights, you can even see the northern lights from this beach. 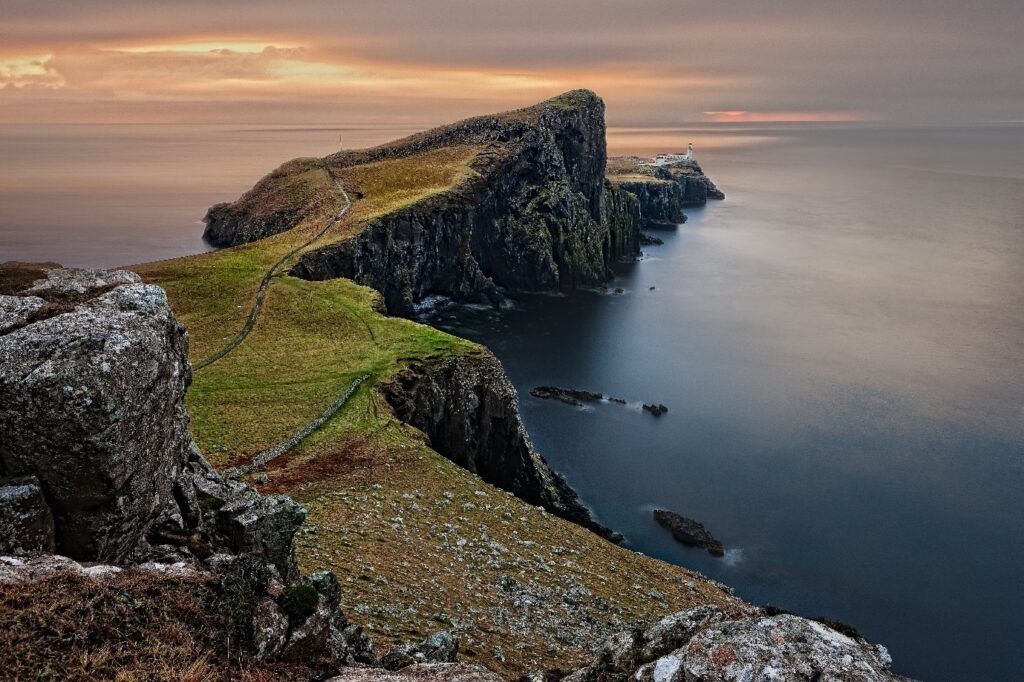 Smoo Cave is 50-feet high and is the largest coastal cave in the UK. The cave is set into the limestone cliffs near the small village of Durness, and must be reached on foot by a purpose-built pathway once you’ve parked alongside the North Coast 500 route.

The walking route begins conveniently at the car park, and is a circular pathway that will lead you back to your vehicle after your visit to the cave. Once inside the cave, you can walk the incredible covered pathway and cross a bridge that will allow you to take in the impressive view of this geological phenomenon.

If you want to venture even further, local tours offer a more in-depth view of the cave between April and September. To add to the experience, you begin your tour with a boat ride to access the most remote parts of the cave, giving you an incredible view of the sea and coastline.

This beautiful beach is not just a scenic spot, but a wildlife haven too. Hikers have spotted seals and otters nearer the shore, and dolphins on the horizon! It is also known to have been home to a lot of prehistoric wildlife, so if you look near the mouth of the river where it meets the sea, you might see some interesting relics from the past. There are even picnic tables available along the route, and benches on the seafront so you can take in the views over some lunch.

Brora Beach is also pleasingly wild and unspoiled, so if you’re looking to escape tourist sites and find that untamed side of Scotland, this is the place for you. From the beach, you’ll also be able to see spectacular views out over Moray Firth, which is a triangular inlet in the North Sea. 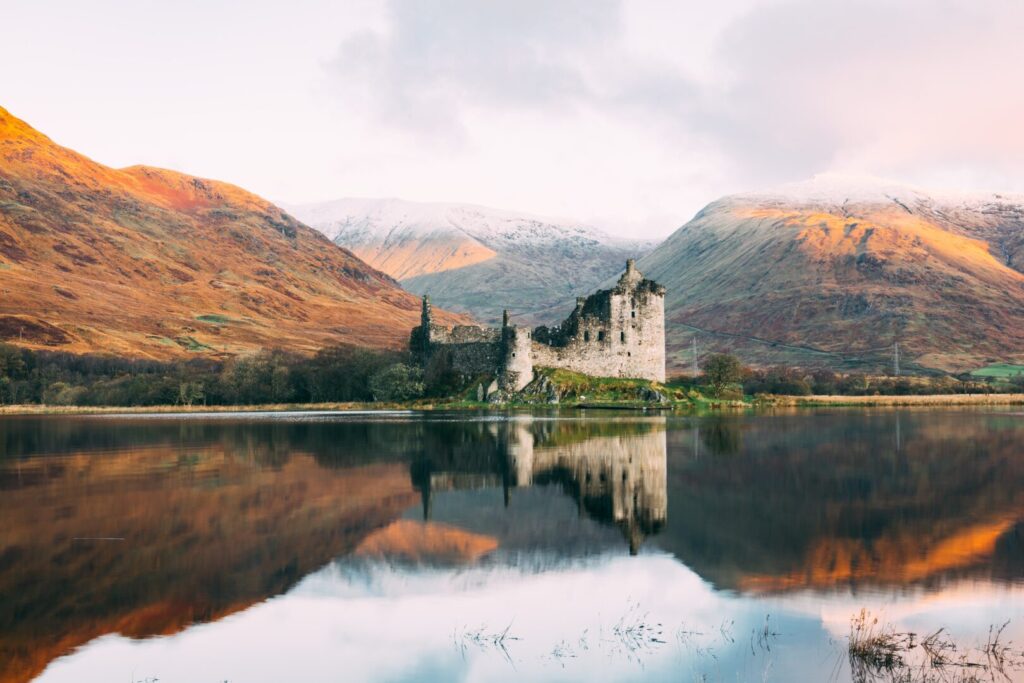 What would a road trip across Scotland be without a castle? While there are many popular castles and ruins along the coast, Castle Varrich comes with a particular remote beauty. It’s one of the oldest castles on the North Coast 500 route, and the ruin is thought to have been home to the chief of Clan Mackay. This would make the site over 1,000 years old!

The ruin is situated high up above the small village of Tongue, and the ideal way of seeing the castle is to stop off at the village, and then take the one hour walk to the site. This way, you’ll get to make the most of all the scenery in the surrounding area.

Though the ruin is small, it’s easy to spot from the road. You’ll see it high above you as you enter the village of Tongue. The castle actually sits on a hill overlooking the Kyle of Tongue, which is a shallow sea loch. Since 2017, there has also been a spiral staircase installed so that you can climb up towards the castle and look down on the Kyle of Tongue, a dramatic view of the Highland coast.

Recommendations were provided by the experts at Parts For All Cars 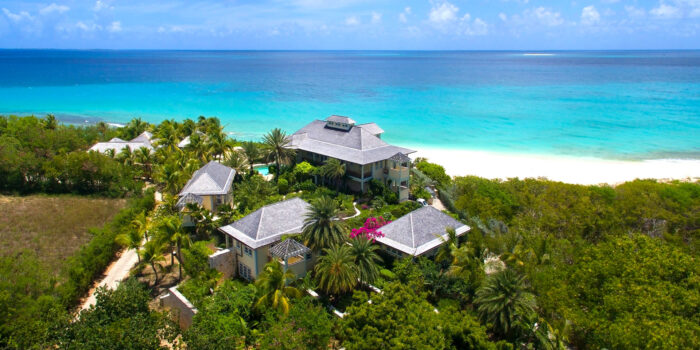 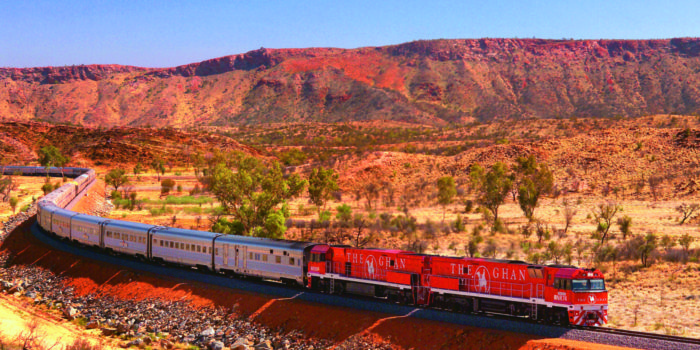