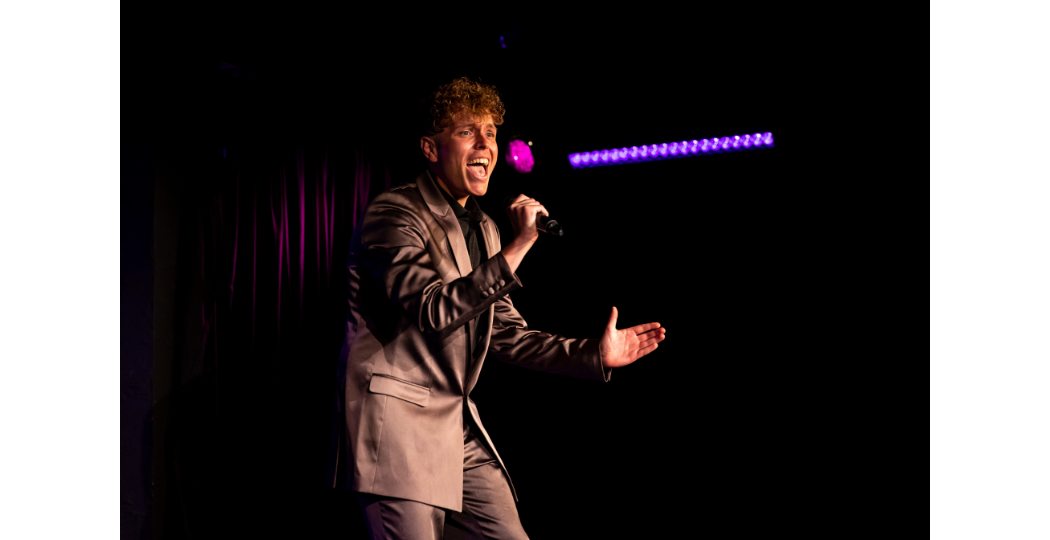 Hungry for joyous cabaret and some delights of the drag world? Then feast your eyes on some of our sizzling picks of this year’s Fringe 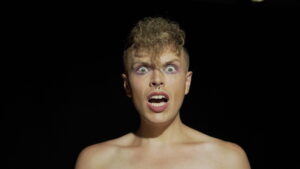 Take Wham!’s masterful ‘Club Tropicana’ lyrics as queer cabaret gospel when it comes to Aidan Sadler’s debut Fringe show. There is more than enough for everyone here (but the drinks sadly aren’t free) in an effervescent, gold-adorned performance that’s an ideal late-night fest choice. With an absolute belter of a voice and charismatically comedic, the Gravesham-born cabaret artist leaves the audience wrapped around a gloriously glam finger, spinning the crowd like a mesmerising neon top from anecdote to revelation to a string of 1980s hits from Spandau Ballet to Human League.

We see Sadler contemplate politics around sexuality, bringing up Morrissey’s assertion that “if more gays fought in wars, there would be no wars”. Straight people are thoroughly pincered when we are asked to wonder: “What would a gay war look like?” A comparison to Nigel Farage’s early work and separating the artist from the art brings much mirth from the audience.

Sadler wrote the show during lockdown, which takes us into a heart-rending moment where we learn about a challenging time in their mental health and how finding the funny in the smallest of details pulled them through. The uplifting lyrics of ‘Gold’, self-belief and powering through seem apt at this point, and give Sadler’s show a hopeful take away that resonates long after the frolics and foil confetti take their leave. 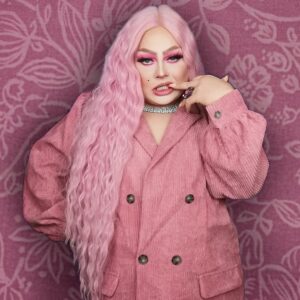 “Fall doon the rabbit hole, because everything fits!” Alluringly naughty words from the savagely brilliant Alice Rabbit (don’t let the angelic singing voice fool you), host of CC Bloom’s famous weekly drag night, ‘The Rabbit Hole.’ An opening Fringe weekend sell-out, Rabbit’s show-starting rendition of ‘Electric Feel’ matches the mood of the crowd, who appear to have travelled far and wide to peruse some of Scotland’s best drag stars in all their associated finery.

And what a riot of glittering, kitsch, bootylicious entertainment this is. It feels like the firework the Fringe needs to announce its return – just pure unbridled and decadent fun celebrating the arts and live performance. The line-up changes with every show, with the first Saturday audience treated to ‘Scheme Queen’ Tanya Windaes writhing around on stage and bringing the milk money in leopard print and eye-poppingly impressive heels; impressively true to life Lady Gaga impersonator Bri Supreme and bearded beauty Roché Rabbit dressed as a 1950s housewife and singing ‘Wannabe’ in the style of a soap opera.

There was some “chuck your pants on stage” action as drag king Eli Buck oozed swarthy charm, and Kathryn Creepshaw shimmered seductively in tassels and pink feathers to the tune of Etta James’ ‘I Just Want To Make Love To You.’ The sun may have set on this particular performance at MultiStory – a new venue for this year’s Fringe with the cracking backdrop of Edinburgh Castle – but the future for this curation of Queens and Kings looks ever-bright.

Also on the hit-list:

Jamie John brings the hoose down in this one-woman show touching on life as the UK’s only dwarf drag queen, with music, comedy and all-round entertainment from the ‘Diamond Diva.’

If your Fringe thrill is discovering new acts and a bit of a surprise line-up, then this showcase of LGBTQ+ Fringe stand-up acts, presented by comedian Dan Tiernan, could be just the ticket.

End of King Stable’s Road, Outside No 1 Grassmarket

Fancy your cabaret gallivanting in the form of a black cab? Local taxi driver ‘Lola Cabarette’ will take you on a musical tour of the capital with a variety of feathery costume changes, characters and theatre on the move.