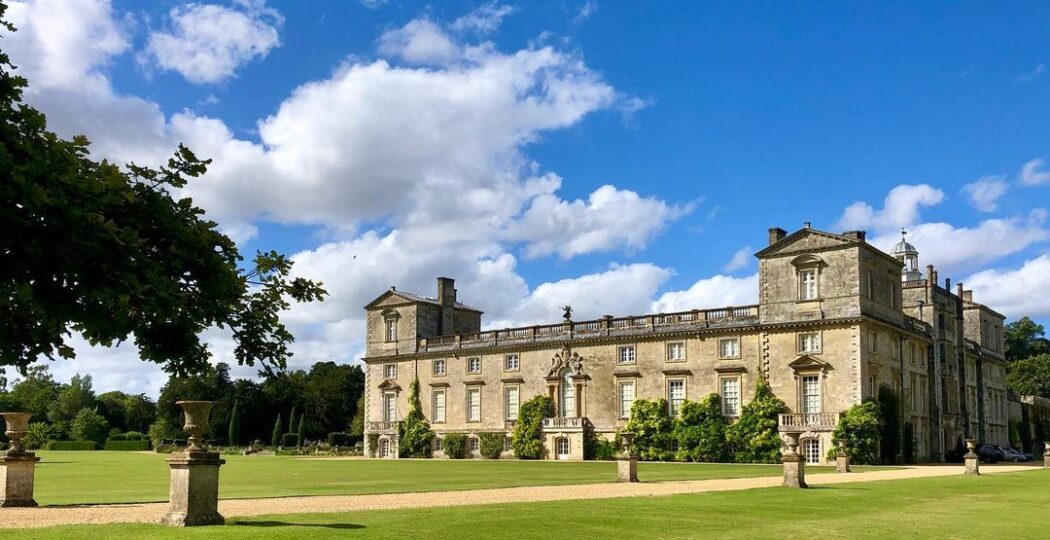 Period drama fans have been glued to the deliciously addictive Bridgerton, adapted from Julia Quinn’s historical romance novels. Here are some of the buildings that set the scene for the characters’ regal residences – we see a Bridgerton locations-hopping tour in our future…

There has been a lot of real-life swooning over Simon, The Duke of Hastings – played by Regé-Jean Page. His country pile in the series (lead image) has been the seat of the Earls of Pembroke for over 400 years and is no stranger to film crews, having been a location for The Crown, Emma and Pride & Prejudice. 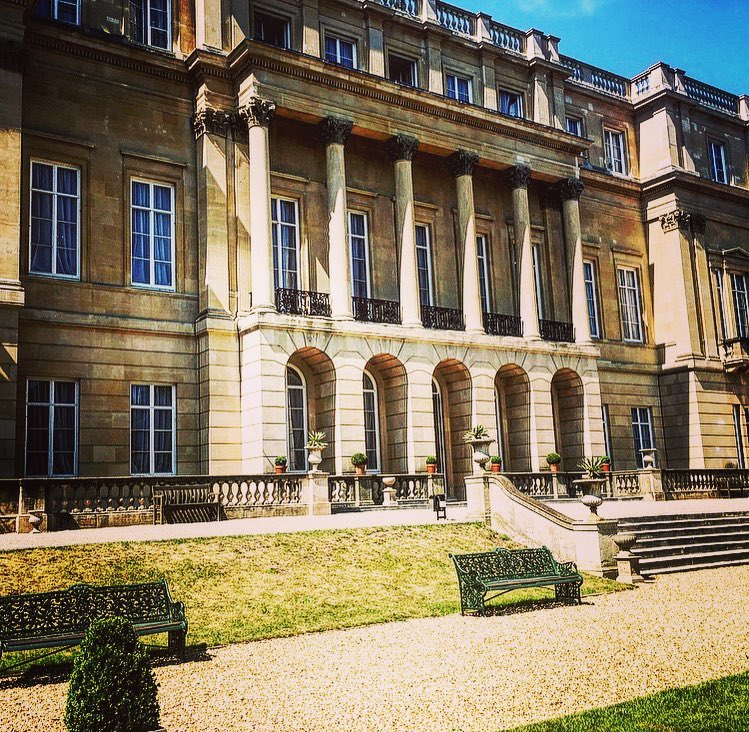 The scenes of debauchery and tête-à-têtes between the male characters in the show take place at neo-classical mansion Lancaster House. The building is now managed by the Foreign and Commonwealth Office, but we rather enjoy it in the show as a ‘gentlemen’s club’. 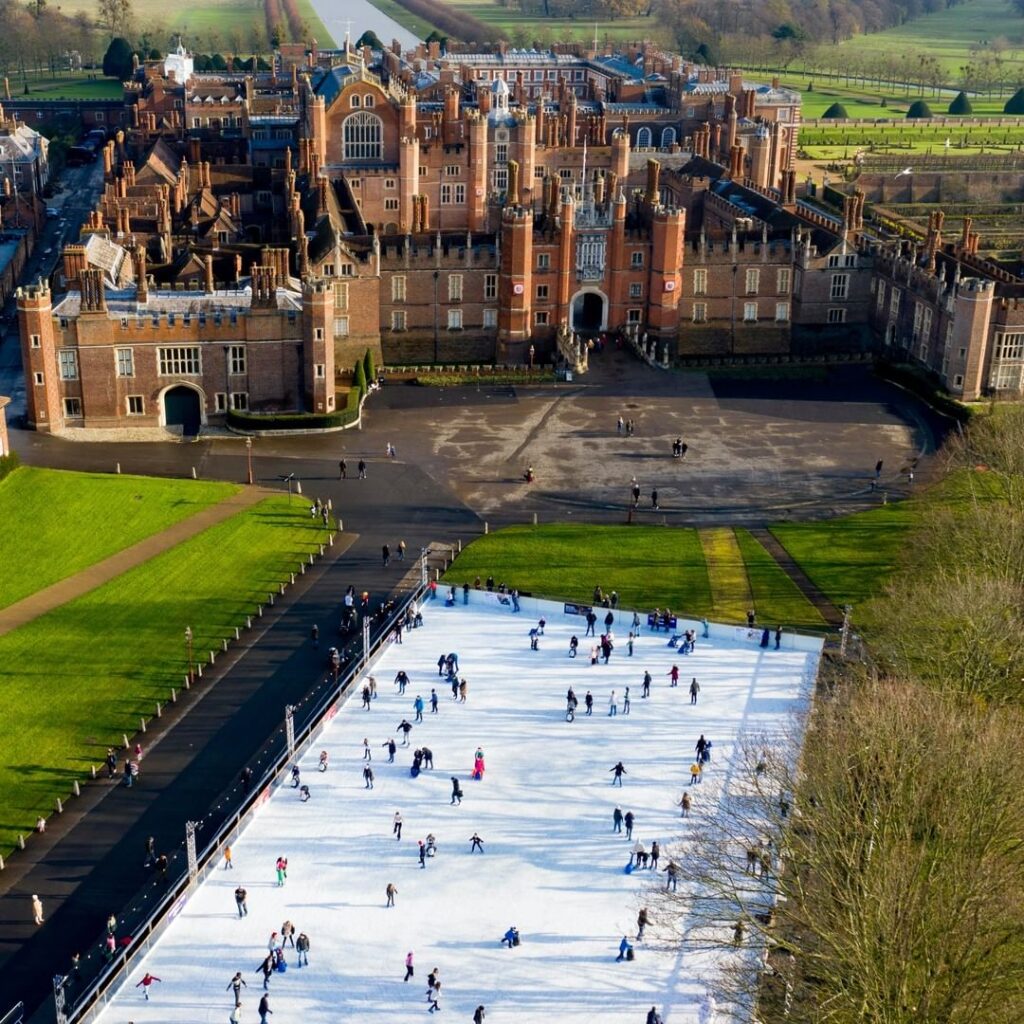 Naturally a setting befitting to a Queen, the once-home of King Henry VIII would be worth a whopping £473,096,481 on today’s property market, according to valuation experts at money.co.uk. The 500-year-old royal pleasure palace boasts extensive gardens, a superb art collection, and apparently some ghosts. 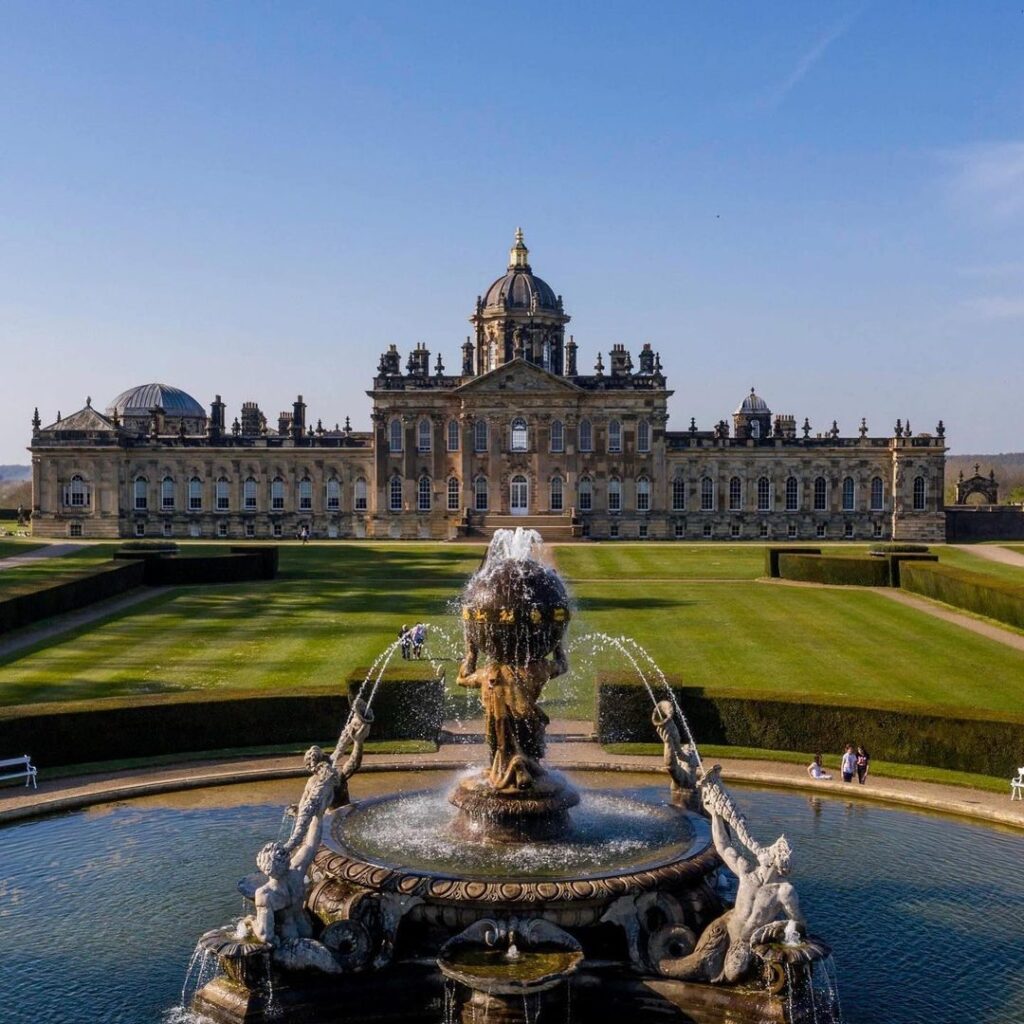 Named Clyvedon Castle in the show, the exterior shots of the Duke and Duchesses’ newly-wed residence were filmed here. The vast grounds of the 140-room castle feature lakeside terraces, temples and statues and make for a delightful promenade, one would imagine. 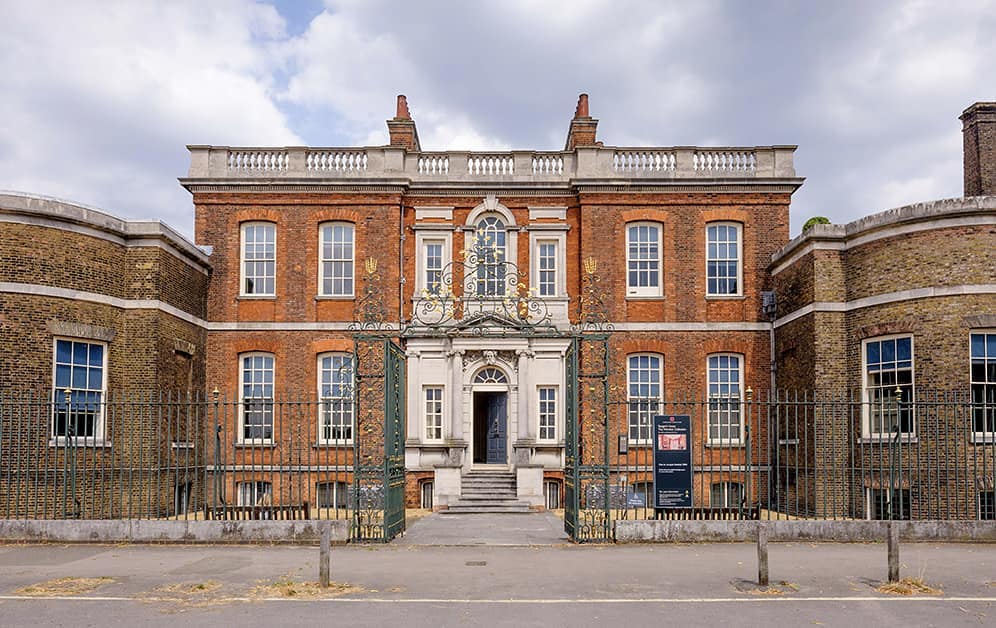 Although slightly more ‘low-key’ than some of the other regency-era properties featured in the series, the bustling antics of the Bridgerton household were filmed on location in Greenwich – an area brimming with royal residences. The house is distinctive in the show for its draping wisteria plants at the entrance, although the handsome staircase that features in multiple scenes is actually in Halton House in Buckinghamshire. 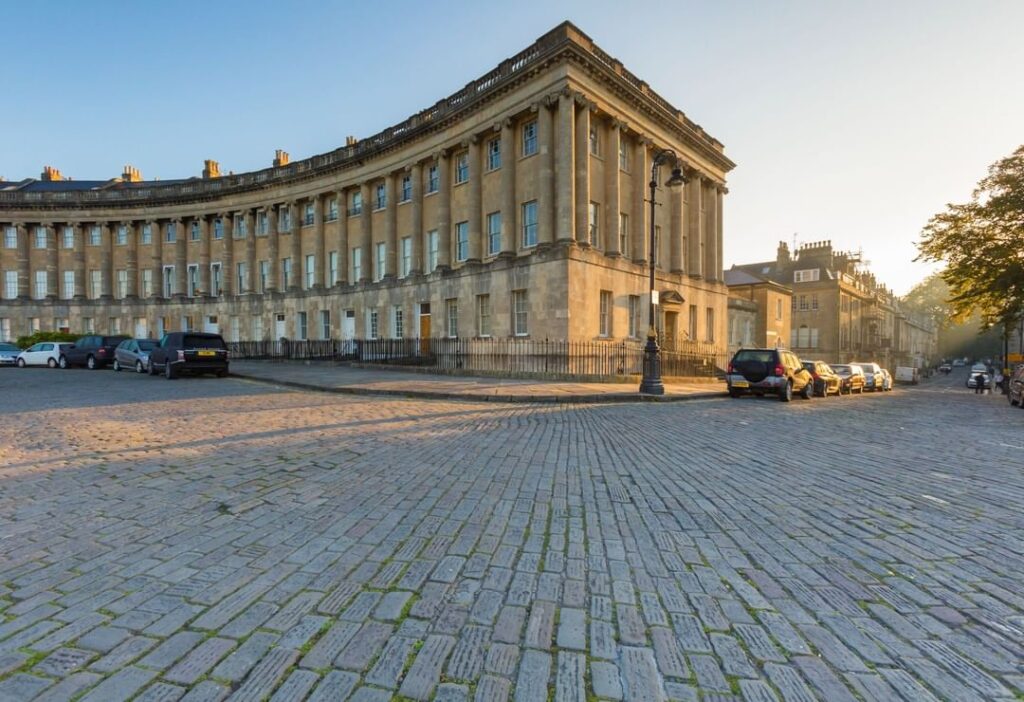 The brightly-attired Featherington family call this prestigious address home – in reality, the Georgian townhouse is a museum, and was once a luxury haunt for aristocratic guests arriving to take Bath’s famous waters. On a visit to the restored landmark you can gape at the opulent Georgian furshings, although only the exterior is seen in the series. 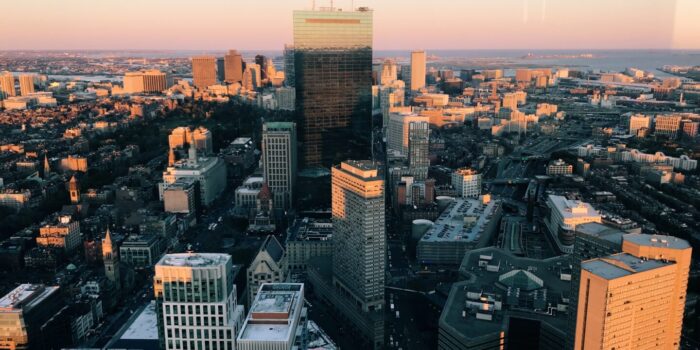 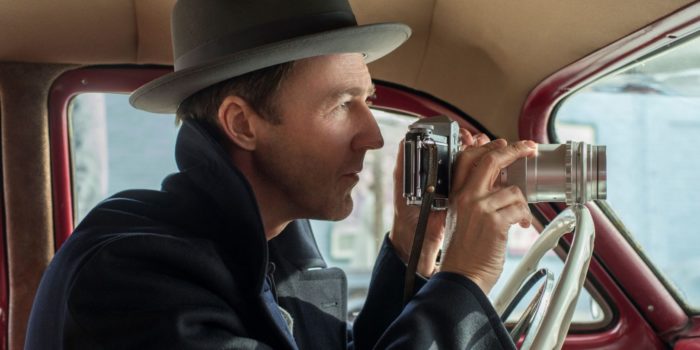