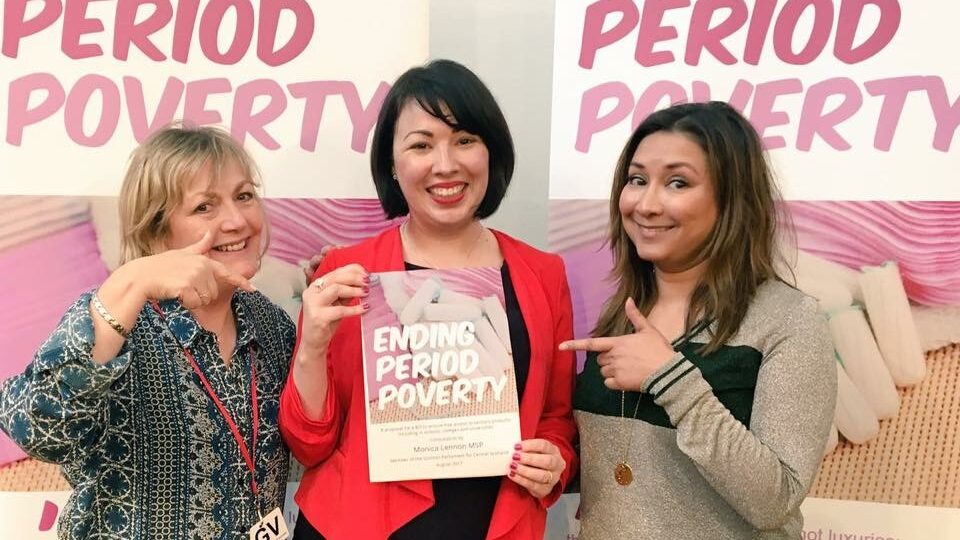 In a landmark legislative moment this week, MSPs voted unanimously in favour of making period products free for all in Scotland – the result of a four-year campaign and game-changing bill spearheaded by MSP Monica Lennon.

An MSP for Central Scotland and Shadow Cabinet Secretary for Health & Sport, Lennon has spent her political career unequivocally bringing the issues affecting women to the table.

She spoke to Scottish Woman in the midst of her campaign in 2018 about her hopes for ending period poverty, Trump’s presidency, a toxic culture for women within Holyrood and fighting the gender pay gap

You’ve previously described the culture of ‘everyday sexism’ as unacceptable. How would you define it?

It’s something that all women have experienced at some point. It can be what we term ‘low level’, say inappropriate comments on social media, or it can escalate and become quite serious – in education, in the workplace, in politics. We see it even for women who have reached the highest office, like the Prime Minister, Theresa May and Scotland’s First Minister, Nicola Sturgeon. When they got together to discuss serious issues affecting the country, a certain newspaper focused on a photograph of them and critiqued their legs. That really undermines women, and it shows that to justify your place professionally, you’re expected to work even harder to show that you deserve to be there.

We still have around 90% of women in the UK working for companies that pay them less than their male colleagues. What can we do to resolve that pay gap?

People are now much more aware of the gender pay gap and are not willing to tolerate it, so there has been progress, but the pace of that has been too slow. It’s a problem young girls raise with me a lot in my role as an MSP. We’re constantly asking young people what they want to be when they’re older – well, they don’t want to be paid less than men for doing equivalent work, and there’s now a generation of young women who aren’t prepared to accept this. Transparency is key, and we know some employers respect the law and have progressive policies, while others don’t. I have friends who’ve been demoted at work and had their career prospects brought to a halt because they had a baby, returned to work and had ‘the cheek’ to ask to come back part-time. Women are facing daily discrimination in the workplace.

A recent report by the Equality and Human Rights Commission suggested that more than 54,000 women a year lose their jobs because of maternity leave discrimination. How can we better support women in the workplace?

There are already some legal protections, but that isn’t enough. We need to tackle the culture within our society, because there are still so many expectations that women will be the caregivers to children or relatives, while trying to juggle a career. Even today in 2018, it feels like we still have to shout for equal representation in our parliament, so although there are a lot of words spoken, we still have a culture which treats men and women differently.

We need to do much more to change that culture, and we need not just women’s voices but men to champion this change as well. I sometimes get frustrated with male colleagues – including in my own party – when time and time again I see them on the telly or at a conference and they’re part of an all-male panel. You think one of them would turn round and say, ‘Where are the amazing women that could be speaking about this topic?’ It’s still too often the case that men are put forward as being experts, so we need to change that at every level. It’s not enough to have a handful of key women in top jobs. We need to have feminist progressive policies right through society.

Should we address the underrepresentation of women in government with more of a quota system?

We already know that there are measures that work, but they’re not always popular, because the people who are resistant to change are sometimes quite happy to keep the status quo. Positive action has certainly made a difference in trying to get more equal representation in politics. It was the Labour party who used all-women shortlists following the 1997 general election and that’s why we had 101 female Labour MPs elected. It was about getting a critical mass of women into parliament, and most of the parties have now used some form of positive action.

The SNP have been a recent convert, and I know it’s something that Nicola Sturgeon has pushed for a long time, and there was resistance – there’s still resistance to positive action on gender within our own party. The Conservative party, for example, argue people should get there on merit, but actually having these positive measures isn’t about promoting people on the basis of their gender. It’s about finding people that do have the expertise, skill and passion for their communities and giving them a chance, because it’s so difficult to get that break into politics. We have to level the playing field.

“I brought forward a bill to try and change the law because this is about a basic human right.”

If your bill for free access to sanitary products is passed, Scotland could become the first country to outlaw period poverty. Why was this a particular focus for you, and what does legislation like this mean in the bigger picture?

Austerity has punished women harder than men. When I was first elected as an MSP, we talked a lot about the explosion in food banks in Scotland, and it struck me that we weren’t talking about the impact of poverty on women’s health and how they manage menstruation. There wasn’t a lot of data available either, because it was a topic that no one had bothered to research. Access to sanitary products wasn’t really being talked about, and it’s back to this point about culture – there are still so many cultural taboos around menstruation. We’ve had a whole generation of people watching adverts on the telly who think menstrual blood is blue, because we can’t even depict it accurately.

I brought forward a bill to try and change the law because this is about a basic human right. That’s why I’ve been arguing for universal provision. People who can afford to and want to buy their own products can carry on doing that, but this is about having a safety net there. I’m proud to have taken this bill forward and achieved cross-party support. It does feel like if we can get this right in Scotland, it could have a positive influence right around the world.

We read about violence and harassment against women on a daily basis, with Police Scotland reporting that incidents of domestic abuse rose slightly in 2017. Where do we stand with tackling abuse in Scotland?

It remains such a hidden problem. Sadly, so many cases of domestic abuse – whether that’s physical or mental abuse – are still underreported, because women are living in fear, for their own lives and the lives of their children. When we see an increase in cases, that can be a mixed picture. It can be a partly positive indicator that more people have had the confidence to report abusers, but sadly, we still have far too many men who think it’s acceptable to treat women in this way. When we see men like Donald Trump being elected as president of the United States – and this is a man that’s almost openly and proudly misogynistic – that sends a signal to men and boys that it’s OK to behave like that, because there won’t be consequences. In fact, you’ll be rewarded and celebrated for it.

We can’t look at these key events happening miles away and think it doesn’t have an impact. We’ve seen through the Harvey Weinstein scandal that there are rich, powerful men who cause women to live in fear. Last year certainly felt like a watershed moment where people said enough is enough: we have to stop this. It’s so powerful to see women coming together from all different backgrounds to support each other, but we need men to call out this behaviour as well.

You’ve come out and spoken about your own personal experience with sexual assault [Lennon said she was groped by a senior male colleague at a Labour party event in 2013]. Why did you feel it was important for you to say something at that point?

I have been open about my own personal experience. I spoke out partly out of frustration. There was what was happening in Hollywood, then we had a newspaper story saying that here in Holyrood, within the Scottish Parliament, there was also a toxic culture and there were women who had experienced sexual assault and harassment and it was all under the radar. We’ve had conversations in the Labour party about our own policies and procedures, and that caused me to reflect on my own experiences and my participation in the party over the last few years. As a party of equality, we have to be a party for women and that means getting our policies right and the culture right.

No one should feel disrespected or undervalued in the Labour party, and quite frankly that has been the experience of some women, and I felt that way too. This idea that it’s only weak women who get assaulted… even women who have senior positions or positions of influence are vulnerable to attacks and assault. The most important message for women is to keep telling other women, ‘It’s not your fault’. It’s not about what you’re wearing or how much you’ve had to drink – it’s never your fault.

You said you didn’t progress with your initial complaint to the Scottish Labour party as you didn’t think you’d be believed. Is this one of the biggest cultural barriers we face in certain professions, that people aren’t taking this kind of behaviour seriously?

To go back to Donald Trump, it’s still seen as ‘locker room banter’ or not that serious. There is a spectrum: it could be an inappropriate comment, or it could be as serious as sexual assault or rape, but a lot of people don’t actually know what the law says or what their rights are. Some of the things that have happened to women have been brushed off as, ‘Oh well, they’d had a wee bit to drink, no real harm done,’ but these experiences can traumatise women and lead to a lot of self-doubt and shame. That’s why it’s so important for the Scottish Parliament and for political parties to get it right in terms of policy, because we can’t preach to our organisations and employers if we don’t lead by example.

This is not a political bubble story. This is not just a few things that have happened to politicians. We know it happens in workplaces right across the country. It happens in schools and colleges, it happens in the community, and it happens at people’s homes – we have persistent gender inequality. There is a lot to celebrate in terms of what we’ve achieved for women’s rights, but there’s still a huge amount of work to be done.

Edited from an article published in the July/August 2018 issue of SW Magazine. 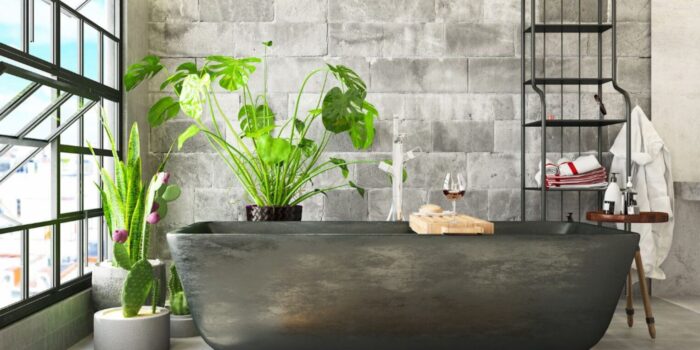 Create a spa haven at home 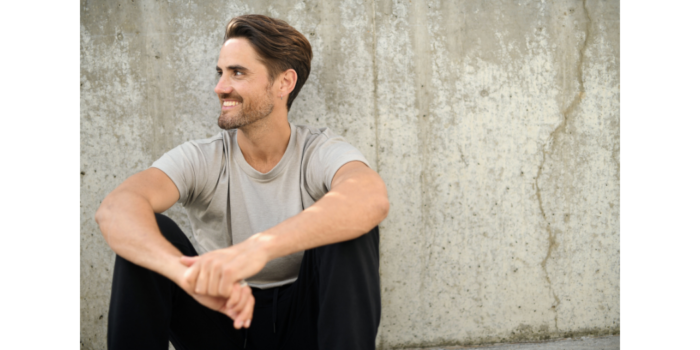 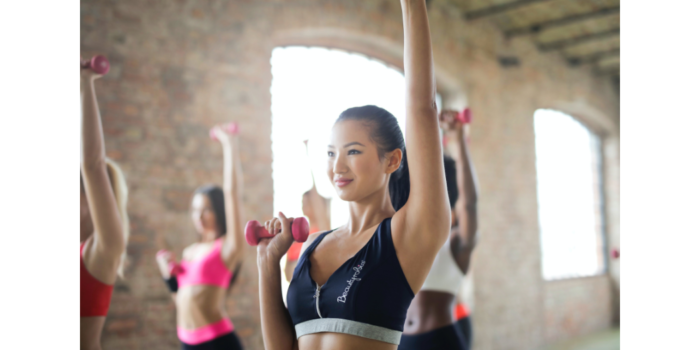 Has January got you feeling a little low energy?