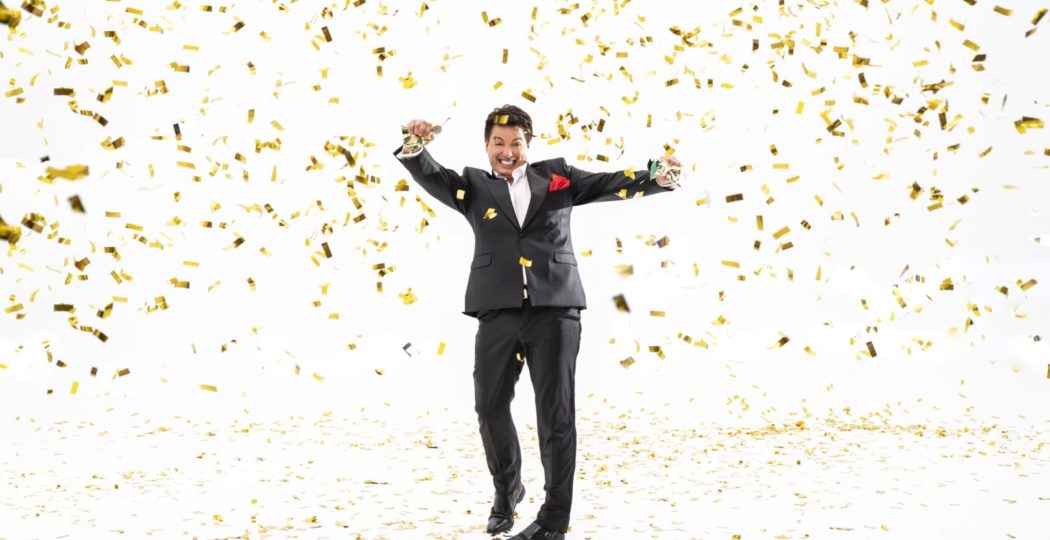 John Barrowman is a dancer, singer, actor, presenter and all-round illustrious entertainer. He was born in Glasgow, moving to Illinois when he was eight years old. He got his first professional break starring as Billy Crocker alongside Elaine Paige in the musical Anything Goes, leading to a multitude of roles in the West End and TV work including Desperate Housewives, Doctor Who and his own spin-off series, Torchwood. His latest project fulfils a lifelong dream – releasing an album of festive classics, A Fabulous Christmas.

The music on the album is a reflection on meaningful moments in my life. I’m a huge Johnny Mathis fan. His music takes me back to just before I got my first theatre role in the West End in 1989. ‘When a Child is Born’ is a quintessential Christmas song, and I wanted to take it and add my style to it. It’s a bit bigger all round: there’s a huge key change and big notes. A child being born is a glorious time for families, and you don’t need to be religious to celebrate that.

One of the things I wanted to do with this album was reclaim Christmas for LGBTQ families, because a lot of us have felt that we weren’t included in the church celebrations where you can go and sing these songs. I want people to take the songs into their house, their car, wherever they are, and reclaim that Christmas feeling. 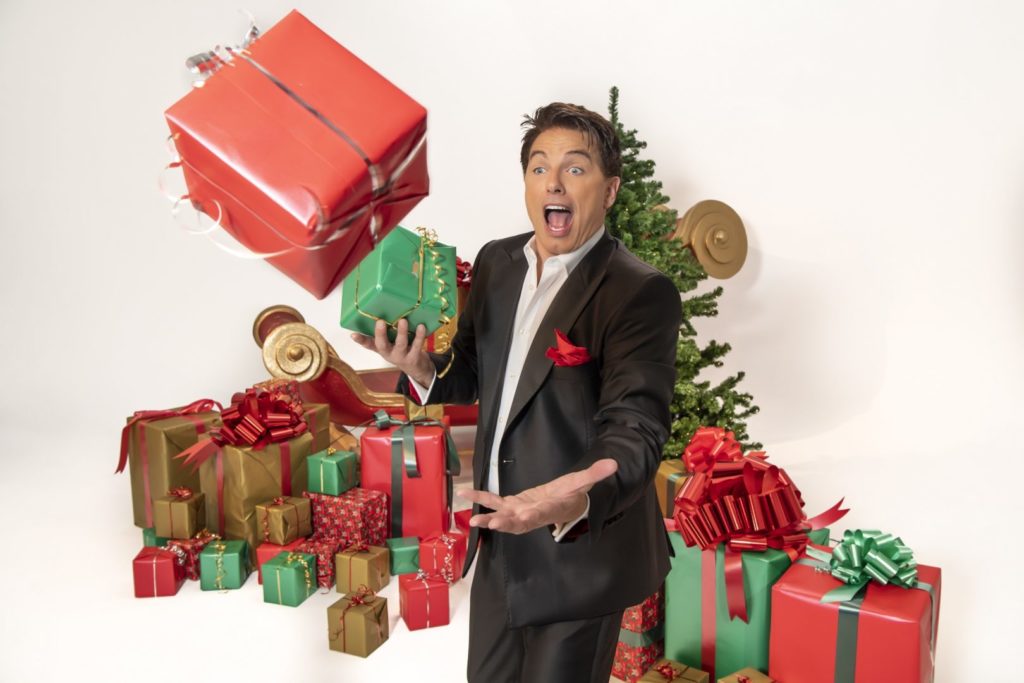 ‘Be Thou My Vision’ is a really important song to me. We’ve integrated the hymn with ‘Away in a Manger’, a song I remember learning when I was a wee boy in Glasgow. When I was in the studio recording it, I burst into tears. It brought up such a well of emotion from my childhood, and it’s definitely my Scottish part of the album.

I recorded a duet with Emily Atack to celebrate the friendship we developed on I’m a Celebrity. I heard her sing in the pond when she was having a bath in the jungle, and I thought, ‘She’s got a fantastic voice.’ We couldn’t do a romantic one because we’d just end up laughing at each other, so I came up with the idea of singing ‘I Saw Mommy Kissing Santa Claus’. I sing it saying ‘I saw Emily kissing Santa Claus’, and she turns around and says ‘I saw John kissing Santa Claus’ – which is something I would do if Santa was handsome.

Glasgow is my birth town, so I’m always excited about performing there. My family and friends all come to the shows, and also the people I call my Glasgow fan family, who have celebrated my career over the last 33 years. The Glasgow audience always get something extra at shows, because we share the same sense of humour. There’s this big party feel, and when I burst out on stage they just go nuts.

Because I was working over Christmas for so many years and away from my family, I like to go all out now and over the top. We have two Christmas trees. One that’s dedicated to all things Scottish and life in the UK, and one that’s all pop art and fun bits – the tree topper is the Death Star from Star Wars. I’d like to put a nativity scene up on the roof this year, because we live near Palm Springs airport and I want people on the planes taking off to see it. 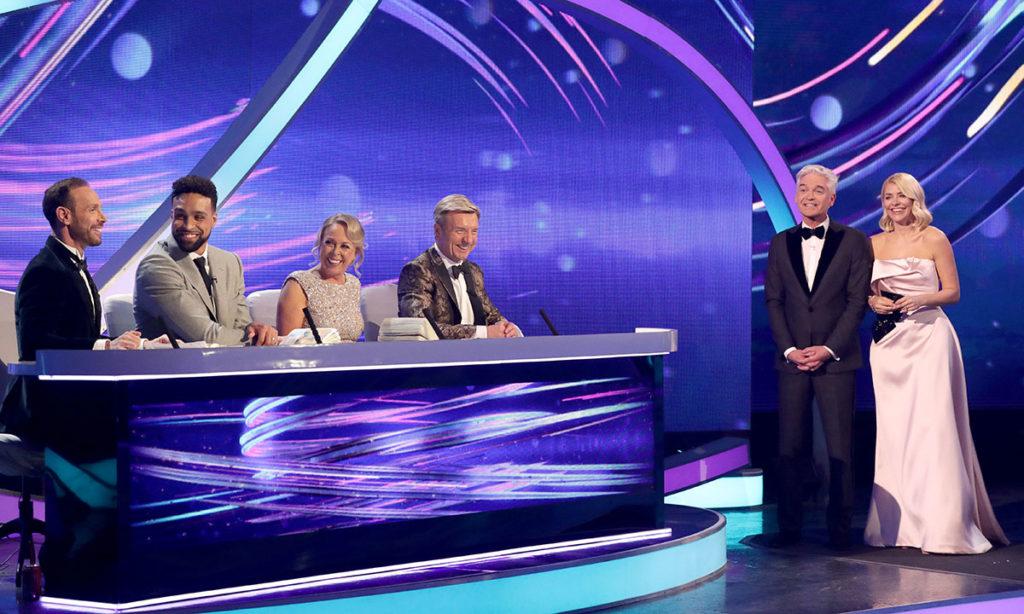 When I got the call from Dancing on Ice about being a 2020 judge, it was a flat-out yes. I like to critique but I also like to celebrate success. I was on the show – I know what the contestants are going through, and the pain and commitment that comes with it. I’ll be looking at it from a different angle from Ashley [Banjo] and even from Chris [Dean] and Jayne [Torvill]. They’re the professionals, but I’ll be viewing it from the performance aspect. If I can pat myself on the back, I’ve done musical theatre for many years, so I know about dance. I’m pretty much the triple threat all-rounder with an eye for the good and the bad.

Dancing on Ice are the first UK dance competition show to have a same-sex pairing, which is brilliant. Other shows are saying that they’ve done it because they’ve had two same-sex professionals dancing together, and it’s like, guys, that’s great, but it’s not making the statement. ITV are actually asking people to vote on this couple. Let’s band together and celebrate them if they’re good and let’s tell them if they’re not, but let’s not make the judgement on them being a same-sex couple. Let’s make the judgement on the skating and the performance.

My mum and dad love the acknowledgement of people knowing who I am. I’ve brought them into the shows when I’m touring, and people actually recognise them now. My mother was in a grocery shop in the US and a guy came up to her and said, ‘Are you John Barrowman’s mum? I think you’re fabulous.” Once you get my dad talking, he doesn’t stop. We were at the airport recently and our flight was about to take off. He emerged from a shop saying, “A guy fae Edinburgh was in there, so I was telling him your life story.” Although they’ve lived in the States for the majority of their lives, they’re still 100% down-to-earth Scots. Dad was raised in Tollcross, my mum in Shettleston, and their first house was just outside Mount Vernon in the East End of Glasgow, where I grew up. 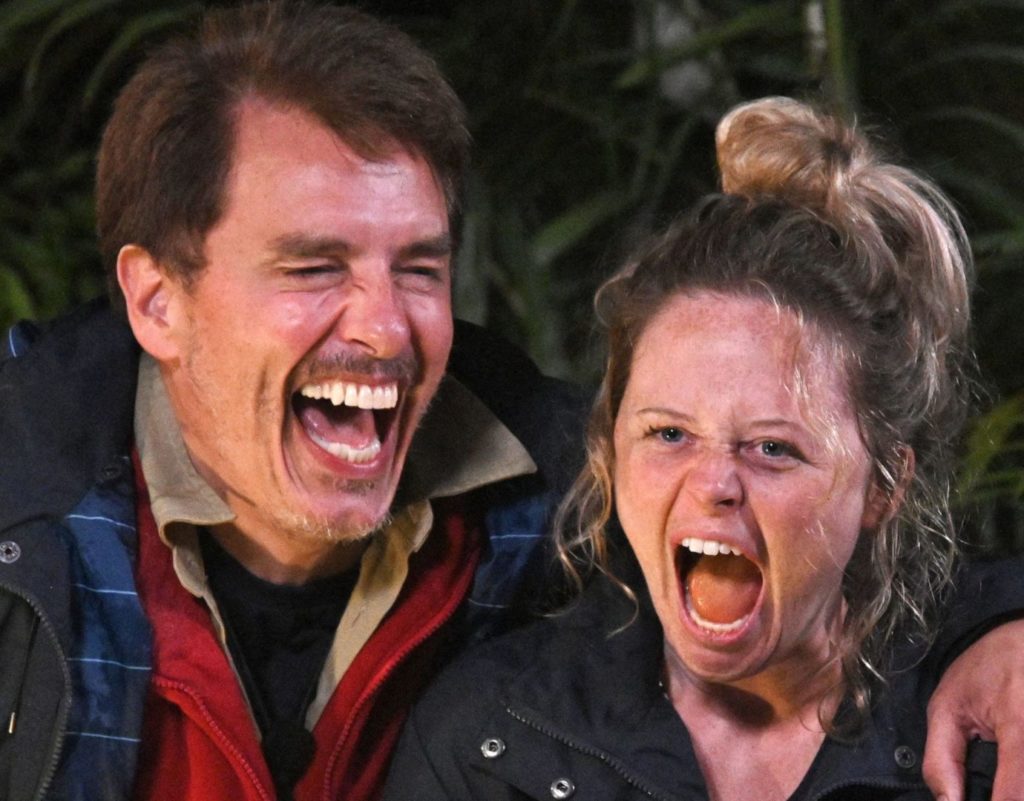 When you’re in the jungle, you tend to forget there are cameras on you the whole time. For me, being on I’m a Celebrity and not having to constantly be doing something was really peaceful and calming. I could actually sit and look at the trees – I counted over three and a half thousand palm trees every bloody day. There are things that I’ve now integrated into my life. When I came back I couldn’t sleep with the air conditioning on or the bedroom doors closed. I have to have the doors open to let the outside in. I’ve also put a hammock in the back garden, because some of the best rest that I’ve ever had was in that jungle hammock.

A Fabulous Christmas is out now