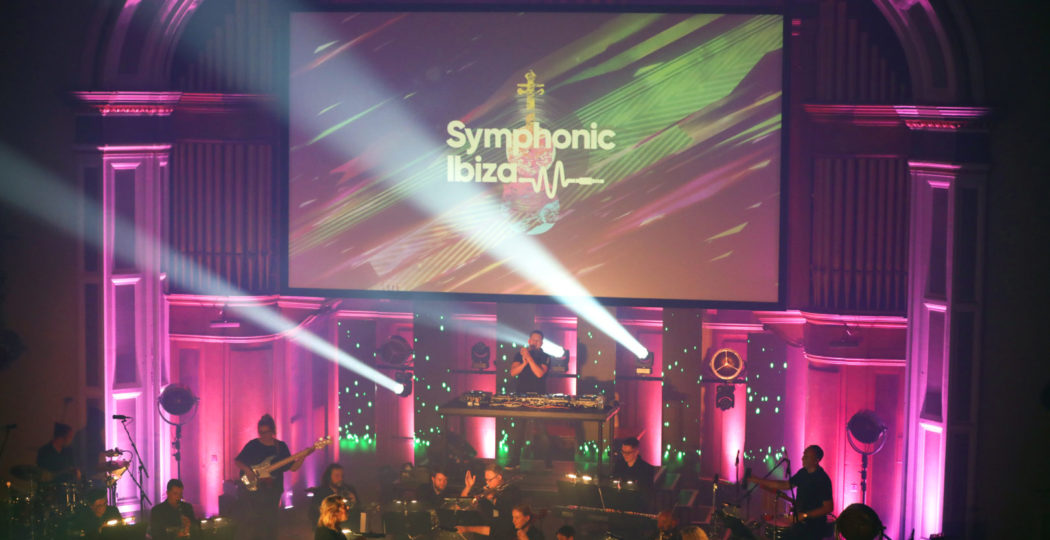 When I was guzzling Malibu from the spout of a teapot *some* years ago, crooning Ian Van Dahl’s ‘Castles in the Sky’ on the balcony of an Ibizan apartment  – never did I imagine it would end up being one of the closing anthems of an Edinburgh Fringe show, backed by a 15-piece orchestra, operatic vocals and a whole room in rapturous hands-in-the-air mode.

Symphonic Ibiza made its UK debut at Edinburgh’s Hogmanay 2018 celebrations, belting out tunes to revellers at the McEwan Hall after successfully launching at superclub Eden on the White Isle. The idea is that combining a live orchestra with guest singers, a DJ and dance classics that have reigned in Ibiza over the past 30 years will a happy musical marriage make. And indeed, it is – perhaps surprisingly – pretty glorious. 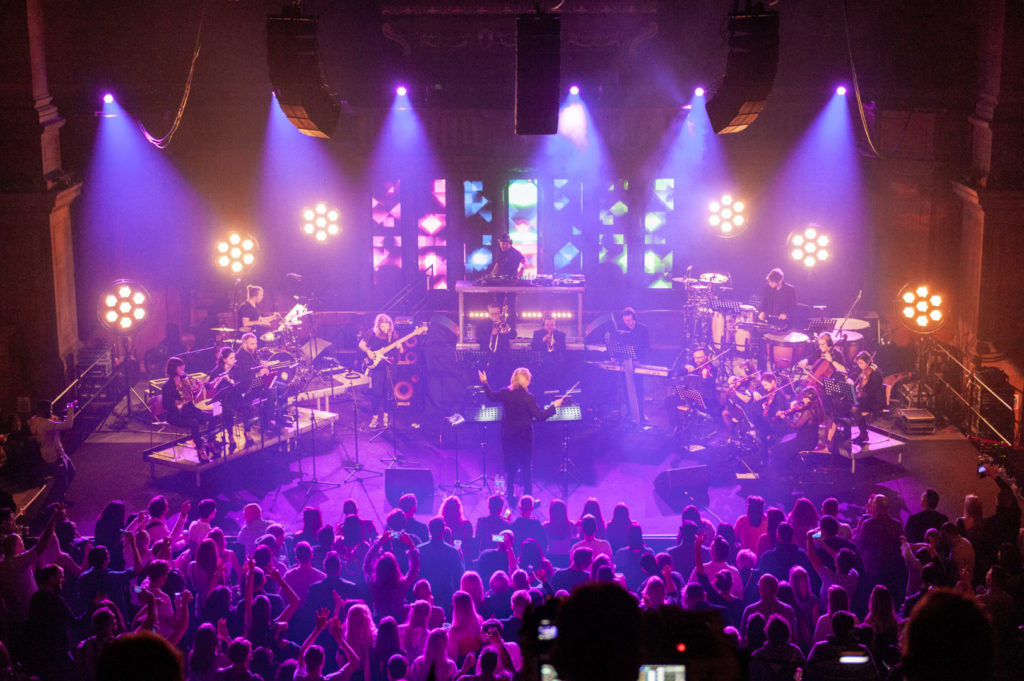 The DJ at the helm is Andy Joyce, who has had residencies at Pacha, Amnesia and Café Mambo. Steve Etherington makes for a rockstar-esque conductor, revving up the gathered festival crowd (this time at Underbelly’s Central Hall venue) and bouncing to the beat.

An orchestral rendition of ‘Loch Lomond’ complete with piper kicks the night off, getting everyone suitably nostalgic, which sets the tone for a walk down dance’s favourite memory lanes. Lasers flit from colour to colour amidst circling graphics and flashing lights – there’s a mini superclub gathering pace on stage, and the crowd seem to be loving it. 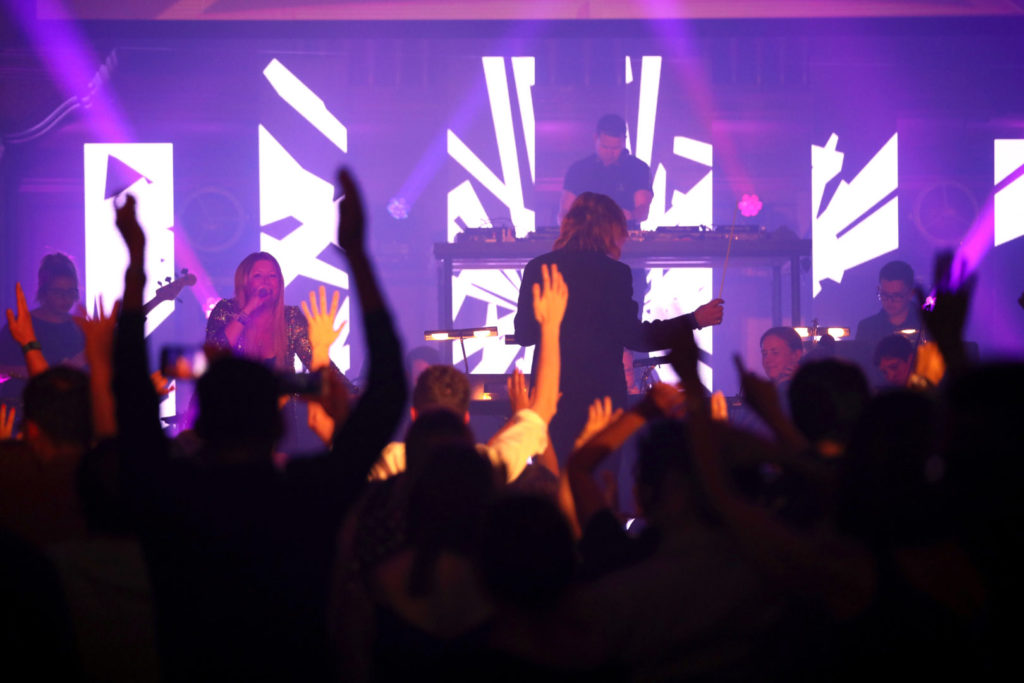 The violin accompaniment makes the Ibiza tunes that have defined the decades that little bit more dramatic, and anthems like Delerium’s ‘Silence’, performed as ruby red lights shimmer on stage, have an enjoyably ethereal quality. The irresistible build-up of ‘Insomnia’ by Faithless and Daft Punk’s ‘One More Time’ are also heady highlights. Classic dance aficionados will go off into the night happy – my only hope is that the N-Trance hit ‘Set You Free’ makes it onto next year’s final set list. A girl can dream.