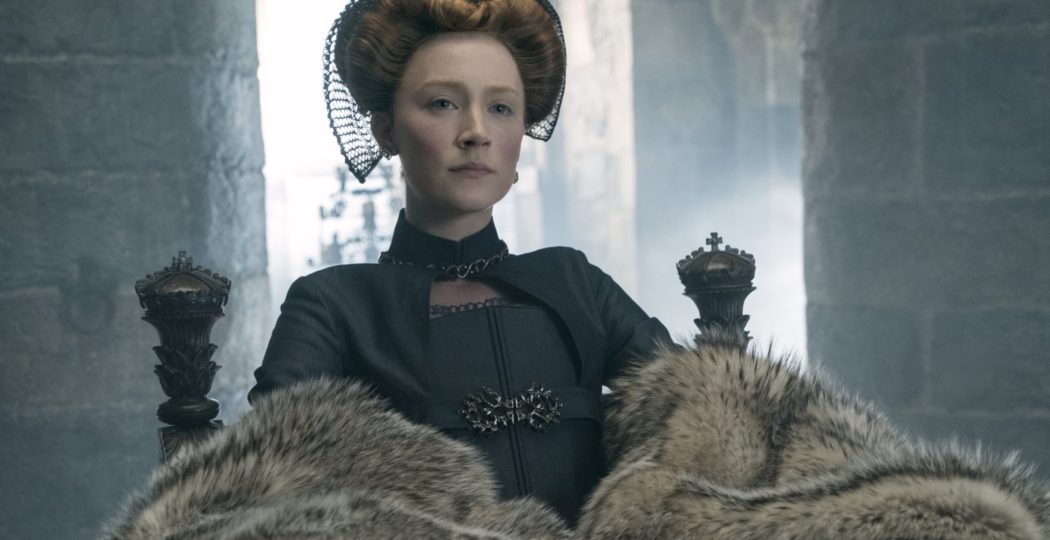 From period dramas to Marvel feature films, costume designer Alexandra Byrne continuously ups the ante with her sartorial work. An Oscar-winner for her creations in Elizabeth: The Golden Age, she talks storytelling by outfit, queens in conflict and denim sexiness for Scottish historical blockbuster, Mary Queen of Scots 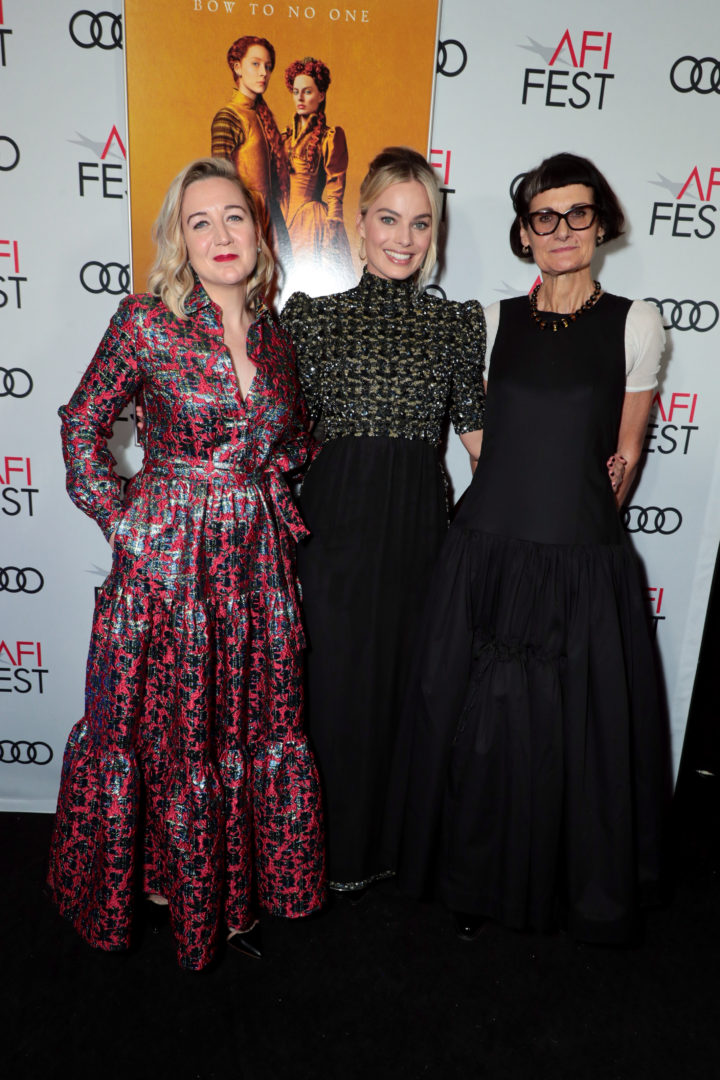 I grew up in Stratford-upon-Avon, so I have an affinity with the 16th century. People ask me how I avoided the trap of the Mary Queen of Scots work looking the same as the Elizabeth features. That was never a problem, because the script is such a different story. In telling the stories of Mary and Elizabeth, I didn’t want to make this revolving door of: ‘Here comes another queen in another frock’. Instead, I wanted to reduce the amount of fabrics so I was able to manipulate the fabric to tell the story.

I wanted a fabric that gets better with wear, so that guided me towards denim. It’s a factory-friendly fabric, which you need if you’re going to make hundreds of costumes. It was also a highly practical choice for the Scottish Highlands filming locations, because there was nothing delicate about the process of cleaning – we were hosing them down then drying them out for the next day.

When I work with a period, I like to research it entirely, so I know it sufficiently to be in control of the decisions I make and which rules I break. Once we decided on denim, for instance, we couldn’t use traditional Elizabethan jewellery, as it would be too jarring and look out of place. However, the multiple ear piercings that Mary sports are completely historically accurate for women of that period. 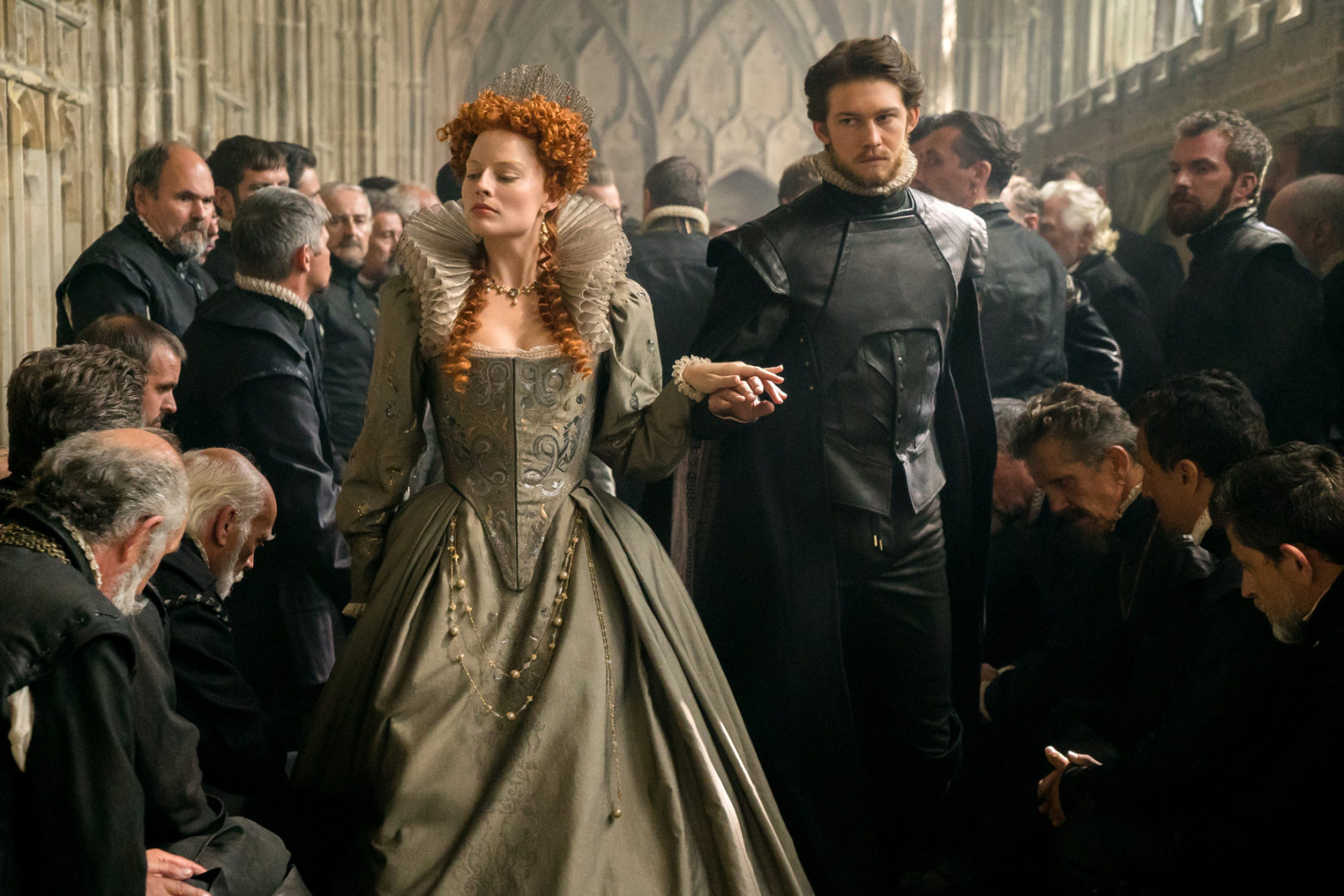 Whether you’re looking at a comic book or reading Elizabethan poetry, you’re appraising a script and deciding how to best tell the story. I know people struggle to think how they could overlap, but it’s designing – whatever the world is. The costumes for Mary Queen of Scots had to be just as durable as some of the most hardy superhero outfits. We had people on and off horses all day and in battle scenes, with the actors needing to be completely comfortable and free to move in character – so you don’t want things tearing apart at all.

As a young girl, Elizabeth was bright, well-educated and learned to be strategic. She also understood the power of her image. In a largely Protestant England, she used her image to replace the iconography of the Virgin Mary. I wanted her clothes in the film to be about strategic dress, as though she is dressing outfit by outfit for each moment. That is, until she contracts small pox. Her self-esteem plummeted, and that’s when I took all the colour out of her clothes – until act three, where she literally rebuilds herself back up to the meeting with Mary. 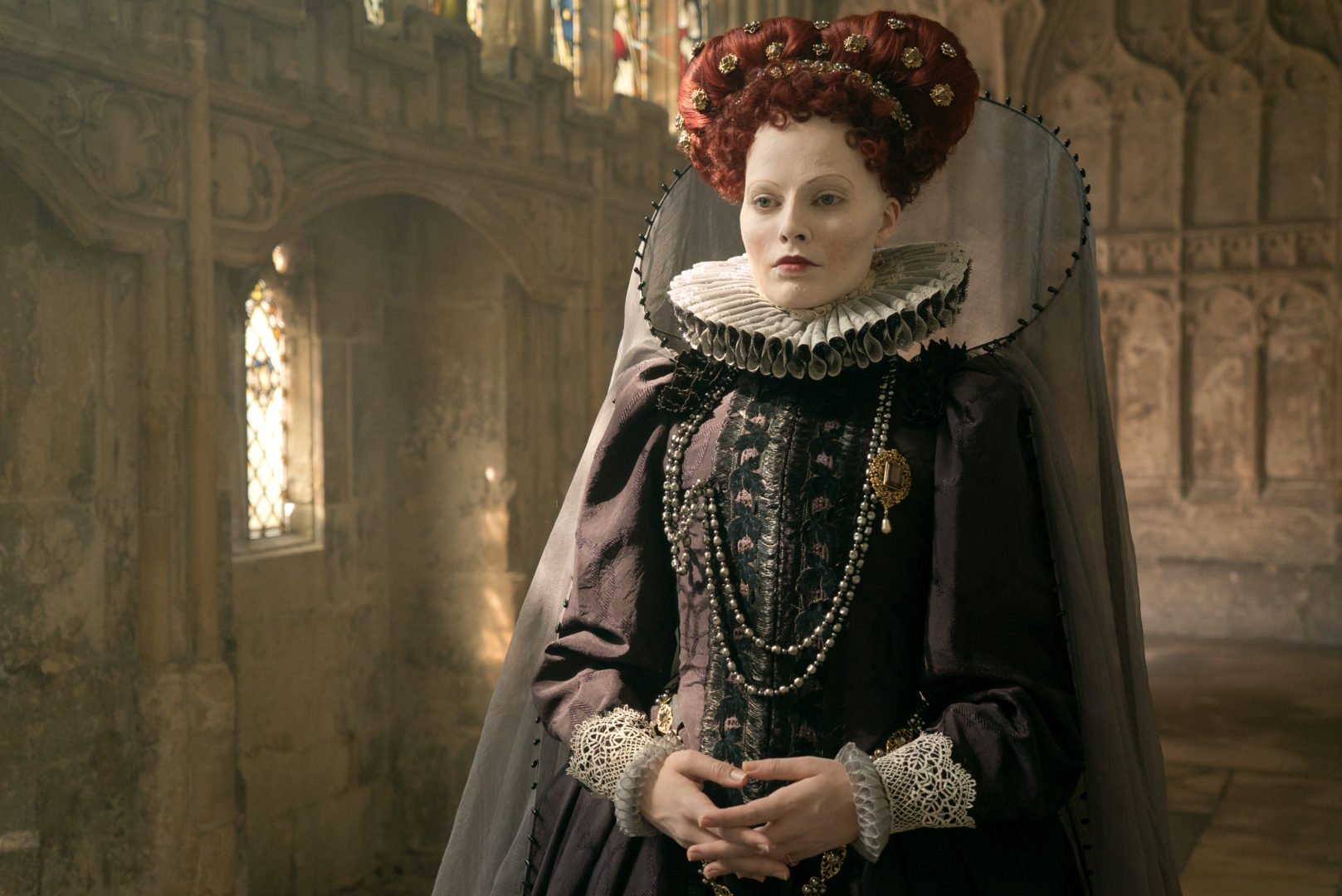 Mary’s story is entirely different. She was brought up in a very sophisticated, decadent, French Catholic court. Widowed at 17, she was essentially kicked out by her mother-in-law. When she returns to Scotland she is in mourning; stripped of her jewels, title and lifestyle. Her approach to life is therefore entirely pragmatic – she’s been dealt a hand of cards and was thinking, ‘How do I make this work?’

When we first see Mary on the shores of Scotland, she is in a very pale denim, since white is the colour of mourning in the French court. As she is seen vomiting into the surf, the blue and indigo hues of her petticoat start to bleed through – I used indigo because of the Scottish Saltire. That scene marked the beginning of her osmosis and grounding into Scotland.

Mary was also very vulnerable; a Catholic queen in a Protestant country, challenged by John Knox the Calvinist preacher. She never quite knew where she stood, and I tried to show that by correlating the intensity of the blue in her clothes with her self-esteem and authority throughout her journey – for instance, with the very vibrant blue she is seen in after she gives birth to an heir.

The red execution gown, the jewellery she wore in that scene and the black cape she wore on top are all historically accurate. Red is the colour of Catholic martyrdom and Mary wanted to die and be seen as a Catholic martyr. So I used the reddest red I could find, as I couldn’t use red anywhere else for the character. The colour once again aided the storytelling. 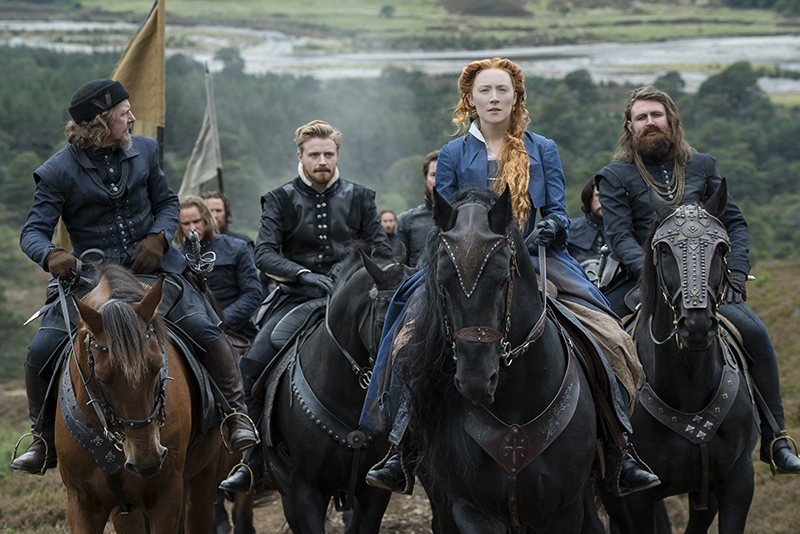 Denim allowed us to bring sexiness to the male characters. Legs and crotch were very much the foci of sensuality for men in the 16th century, so we designed very high-waisted, crotch-centric skinny denim trousers for the men and built the Elizabethan silhouette by having a sort of gunslinger belt with pockets and pouches attached to it. This created the silhouette of the breeches, and the design also gave a kind of swagger to the walk.

As we were coming up with the concept, I came across a report of a man sent to trial in the 16th century for having his breeches overstuffed. He’d pulled a pair of sheets, a tablecloth, ten napkins, four shirts, a brush, a glass, a comb, night caps and ‘other things of use’ from within his breeches. His defence was that his breeches were overstuffed because he had no other place to keep said items – so I thought the whole idea of pockets for the breeches was actually rather handy.