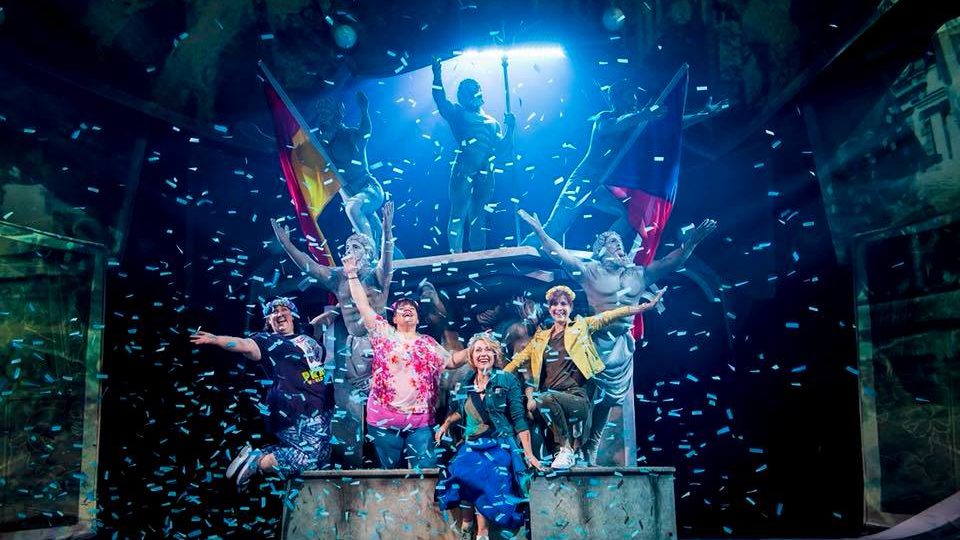 SW Mag got our ‘90s on at the opening night of The Band at the Edinburgh Playhouse, not knowing what to expect other than a multitude of Take That tunes. Written by Tim Firth, produced by David Pugh & Dafydd Rogers and ex and current Take That members Gary Barlow, Howard Donald, Mark Owen & Robbie Williams, the new musical features winners from BBC talent show Let It Shine, which scouted out the star performers for the touring production.

We don’t want to give away the story of this wonderful musical extravaganza, but be prepared for every possible emotion. The opening scene introduces us to five 16-year-old superfans of ‘The Band’, whose world revolves around their friendship and boyband loyalty. After tragedy poignantly strikes, they lose touch and we rejoin the group 25 years later – now 40-something women – for the reunion tour. Will friendships be reformed – and how has life evolved since they last met? We laughed, we cried; we sang, we danced. At one point we even joined the rest of the audience in waving our mobile phones (torches lit) in the air. You don’t need to be a fan of Take That to enjoy this superb musical – the story will have you enthralled from start to finish.