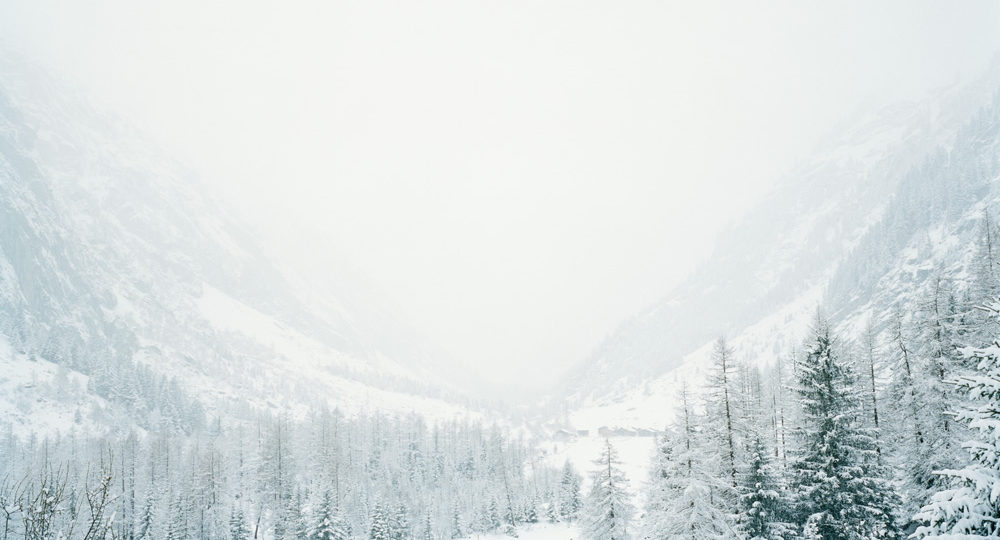 Chloe Dewe Mathew’s In Search of Frankenstein provides an outlook over the frosty Swiss alpine landscapes of which Mary Shelley’s novel Frankenstein was inspired. 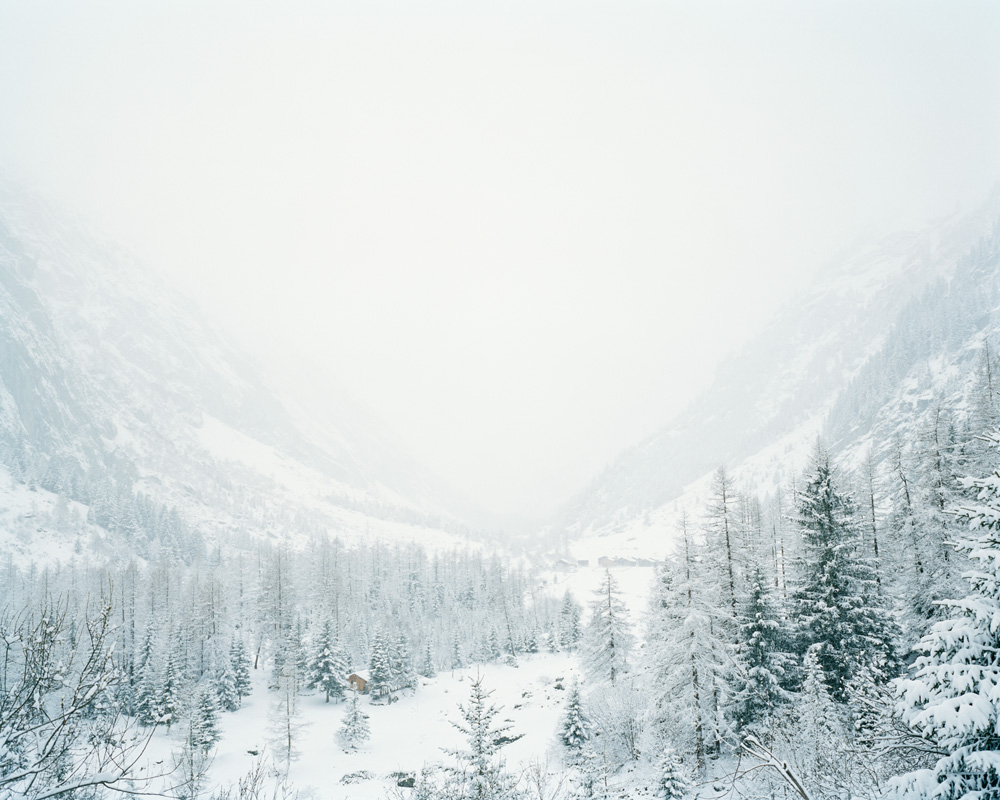 The short photographic series is divided into two key themes: the appealingly serene landscapes; and the sinister brooding interiors of underground bunkers built in the 1960s, designed to shelter the entire population of Switzerland in case of nuclear disaster. 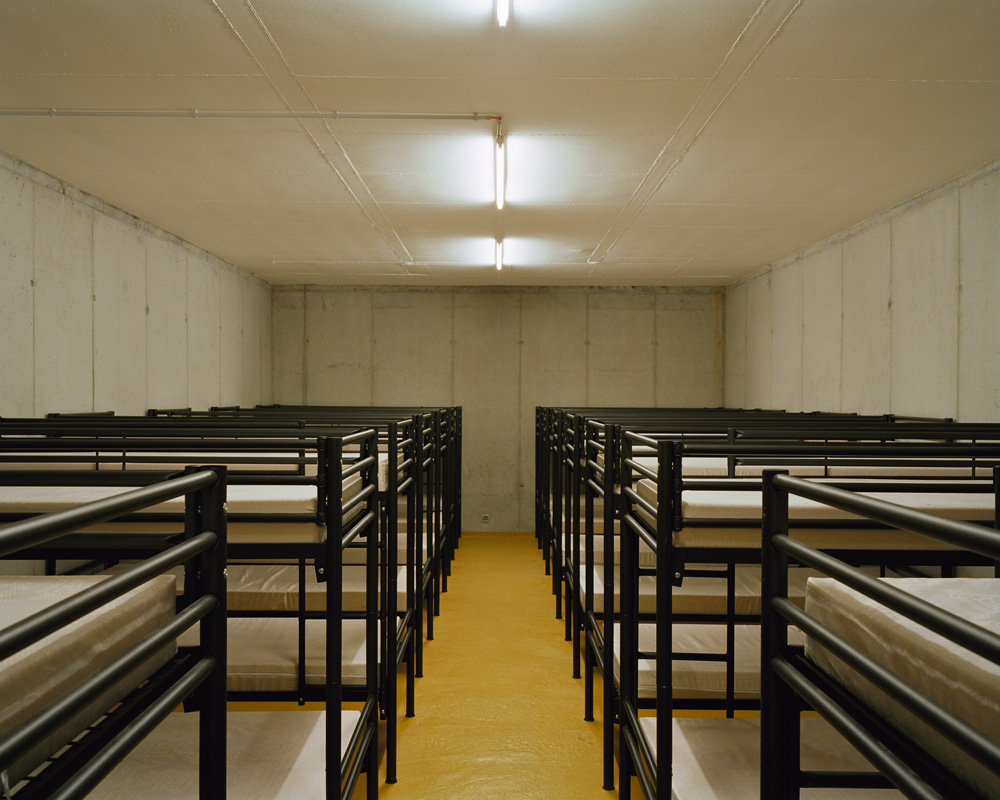 The angular forms within Mathew’s interiors give an impression of rigidity in appearance due to the focus on industrial, manmade machinery and in accordance, its function. The distinction between the blank walls and geometric shapes formed through the format of the images aid the viewer in developing a connection between the photographs and Shelley’s novel, as we are drawn to believe there are corresponding links to Frankenstein’s monster in the sterile laboratory environment where he was created. 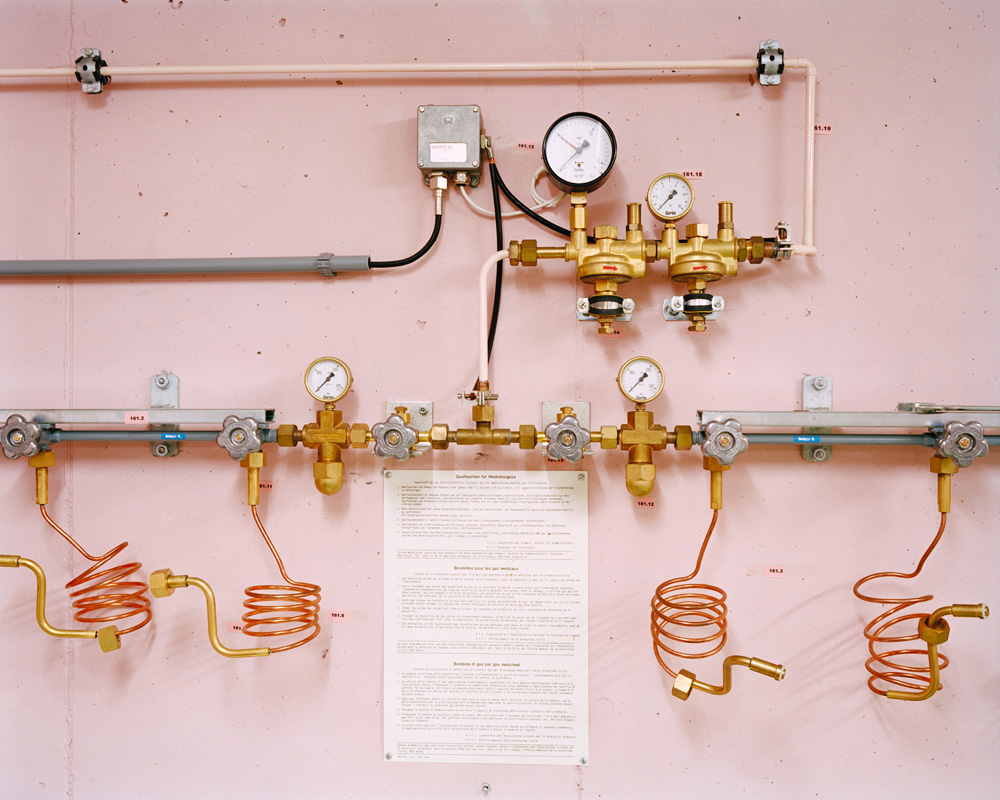 To directly contrast, as established by the brief interludes between interior photographs, the viewer is presented with large depictions of wintry scenery: vast mountain ranges, snow-covered trees and clear lakes. Freedom is certainly reflected in these portrayals and this idea is embodied similarly in the monster’s yearning for autonomy and eventual escape into the wilderness, leading to the dissolution of his vulnerability and forced attachment to his maker.