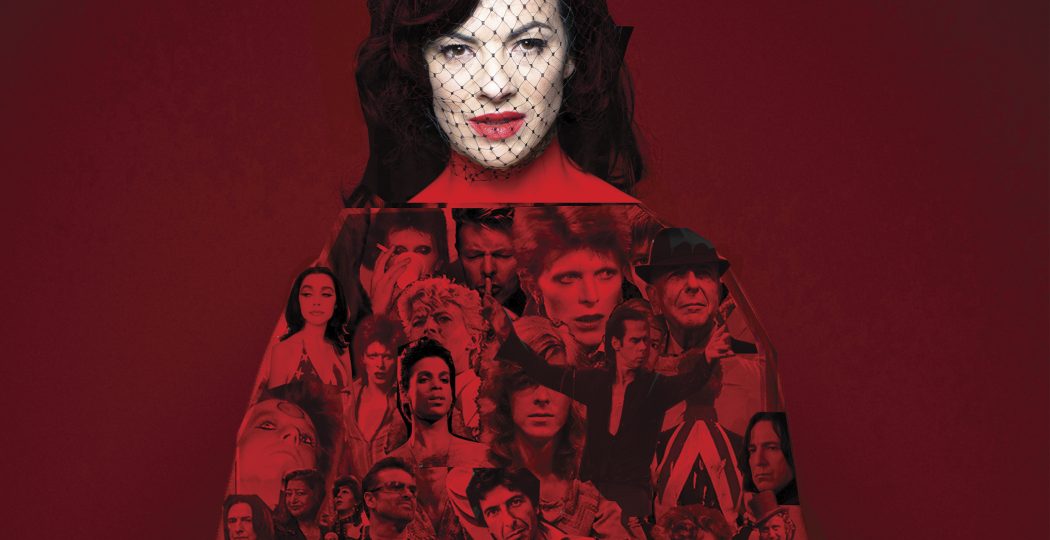 A certain amount of fear comes into my mind when I think of the Edinburgh Fringe Festival. I get very nervous before I start the shows but have very happy memories once they’re finished. Performing in La Clique and La Soirée was amazing, when I’d gone from a life of architecture into circus. It was the Famous Spiegeltent that really helped me grow as a performer, then later on doing shows in wonderful venues like Assembly Hall. I did a photoshoot there, hanging off a 150-year-old statue with a glass of wine. I think I might have actually suggested it.

I love sitting by the carousel in Princes Street Gardens. It’s a bit quieter down there. I’ll also escape to Portobello Beach and Arthur’s Seat when I want time out. I always try to take my mum for afternoon tea at The Balmoral – I’m a traditionalist in that sense. Edinburgh feels like a second home. I found out from my dad we descend from Edinburgh – his grandmother was Scottish – so I feel the connection. I had to make a big decision to leave architecture to be a singer. It was a career that was going well, but I’m obsessed with music, and I was lucky enough to be able to sing the songs I love. I used to watch The Wizard of Oz and all these Ava Gardner films and have these fantasies about singing. I feel the most alive on stage – it’s the live performance thing where anything can go right or wrong.

I’m into the likes of Nick Cave, Leonard Cohen and Radiohead ­– sometimes the best love songs are the sad, yearning ones. At times, I realised that I was a better singer the more my life had fallen apart, because you’re emotional and vulnerable and open. People say that as I get older I’m performing more mad songs – I always love dressing enigmatically but I’m quite happy to fall apart on stage or look like I’ve just climbed out of a hedge. It’s theatre or music that’s truthful. The most beautiful place in the world for me is the Aran Islands. You take a boat there, passing the seals, and it has this prehistoric fort on a cliff face. Visiting there was the first time I understood what land meant to the Irish and our heritage.

At the moment, it would be a holiday – being able to visit a beach and drink a margarita or just sit with a book in a park, with my daughter Lila playing nearby. When you have a little one you find yourself in paddling pools or on those crazy funfair things and I’m like, how have I ended up on Dumbo flying up and down?

My mum is French, so she cooks all of this wonderful food. I’d get her to make one of her incredible roasts, followed by apple pie and chocolate cake – I mean, you might as well throw it all in there. I’d have a caipirinha too. When I was in Brazil it was one of my favourite drinks. Years ago before I changed my career, I had a serious car crash. I remember afterwards thinking I might not be able to work as an architect again, but it made me understand what was important – telling people that you love them, and also banishing all the things that constrain you as a person and make you feel like you can’t express yourself.

If I had the balls, I’d ask someone like Nick Cave to sing with me. I’d like to collaborate with more artists I love and just work on fantastical shows. I’d also like to try and write my own music, but I’m probably going to be about 80 when that happens. In my years of performing I’ve worn a lot of heels, but I love performing barefoot because that makes you feel the most grounded. The stairs in my house have shoes going the whole way up, and in my bedroom there’s a row of about six red, black and silver sparkly Judy Garland-esque shoes, boots and runners. I’ve worn red sparkly stilettos to perform Kirsty MacColl’s ‘In These Shoes?,’ which a lot of people seem to love. Camille O’Sullivan performs Where Are We Now? at the Edinburgh Fringe until 26th August.