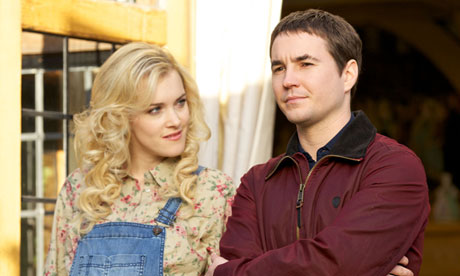 After a two-year break, Scottish actress Laura McMonagle is back with a bang in a gangster movie based on true life events

Landing the part With this new film, it went from me thinking I would get a small part, to being cast as the lead female character. At first the director thought I might be too young for the role, then they wanted to make sure I could do the accent. I had to cry during my audition scenes, so I stood in the middle of the street afterwards feeling really emotional, but I knew I’d given it my everything. They offered me the part the next day. On set We’re filming all over southeast London – the film, Rise of The Footsoldier 3, is set in the ‘90s and is a prequel to a gangster movie that was released in 2007, which was based on the true story of the Rettendon gangland murders [where three drug dealers were shot dead in a Range Rover in 1995]. My character is the wife of gang member Pat Tate, played by Craig Fairbrass.

River City I went from having a full-on work schedule in River City to doing loads of theatre, then TV series Being Victor, then The Wee Man – then nothing. And you think to yourself – what happens now? It’s been tough, but I’m also quite happy it’s taken me two years to get the right role. Inspiration My aunty, Mary Anne, has been a huge influence. She became obsessed with fashion from a young age and now owns one of the top vintage shops in the UK [Mr. Ben in Glasgow]. She believed in me and taught me so much. I don’t know if she realises how much sometimes.

Style Even if I dress up a bit, I always want to put on a pair of Converse or Doc Martens to feel like me. I used to wear ball gowns during the day when I was in my early twenties, but not so much now. I’m the quickest person at getting ready – I can get up, shower and do my hair and make-up in 35 minutes.

Ireland When I think about my happiest place in the world, I think Donegal where my gran lived. I had the most amazing childhood going over there with my 30 cousins and jumping around the fields. I haven’t been there since she passed away, but I need to make sure I go back soon.