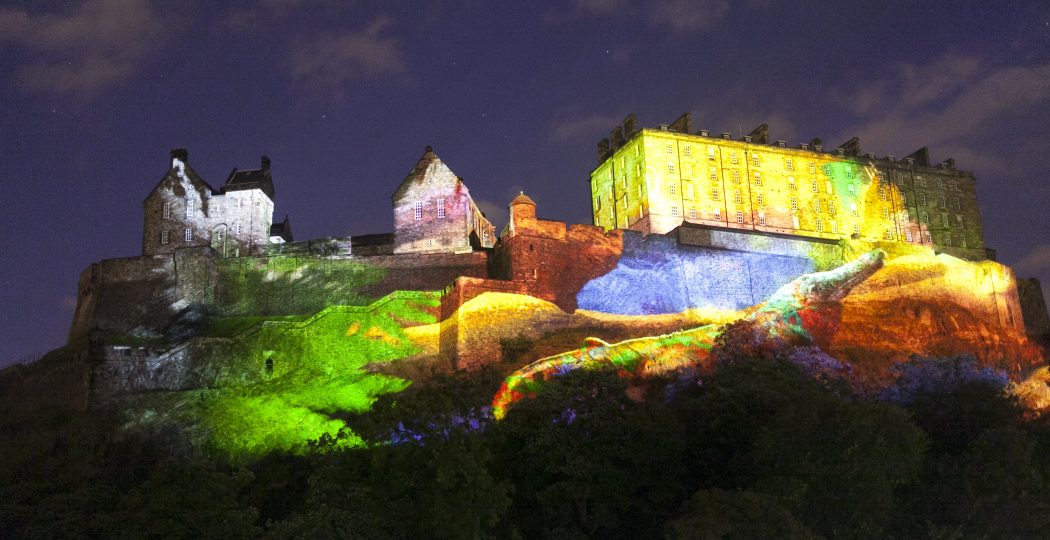 The Edinburgh International Festival launched in explosive style on Sunday as pioneering digital artwork lit up the western façade of Edinburgh Castle and Castle Rock. The Standard Life Opening Event, Deep Time, was another visual stunner for the award-winning 59 Productions, who also created last year’s Harmonium Project. Scottish post-rock band Mogwai provided the soundtrack this year – alternating between considered and brooding, soaring and dramatic, and at other times joyfully electro.

The projections told the geological story of Edinburgh’s distinctive landscape, celebrating 350 million years of the capital’s history, beginning with the volcanic heritage that created the city’s most famous landmark. The faces of Edinburgh’s most influential cultural and scientific thinkers flew off the castle walls as part of a show that involved lasers beaming into the air, a fusion of spellbinding colours, rumbling lava, quotes from literary greats, and ascending skeletal outlines. The event marks yet another triumphant launch for a festival which has honed its programme to acclaim year on year – and not even Sunday’s gale force winds could out a damper on that.